Many thanks go out today to Natalie of Burned Bits for choosing this soup for her BB recipe choice for December.  As Ina describes it, Pappa al Pomidoro is a tomato soup that is thickened using traditionally day-old bread so as to not waste the bread.  As this recipe comes from Ina’s new Back to Basics, it’s another dish the BB group has chosen to get a jump start on a handful of new recipes.

As I perused Back to Basics this summer, I have to admit that this wasn’t one of the recipes that jumped out at me.  The idea of eating mushy bread wasn’t too appealing and I probably wouldn’t have made this soup had it not been chosen by the group.  So I put off making it for as long as possible…until Dec. 31st actually.  All in all I wasn’t disappointed. Kyle and I both really enjoyed the soup.  About the bread in the soup though? Not so much.  The texture of the bread in the soup was way to mushy for either of our likings.  So I ended up spooning around the bread chunks and eating the soup; and the soup by itself was actually fantastic.  I loved it. 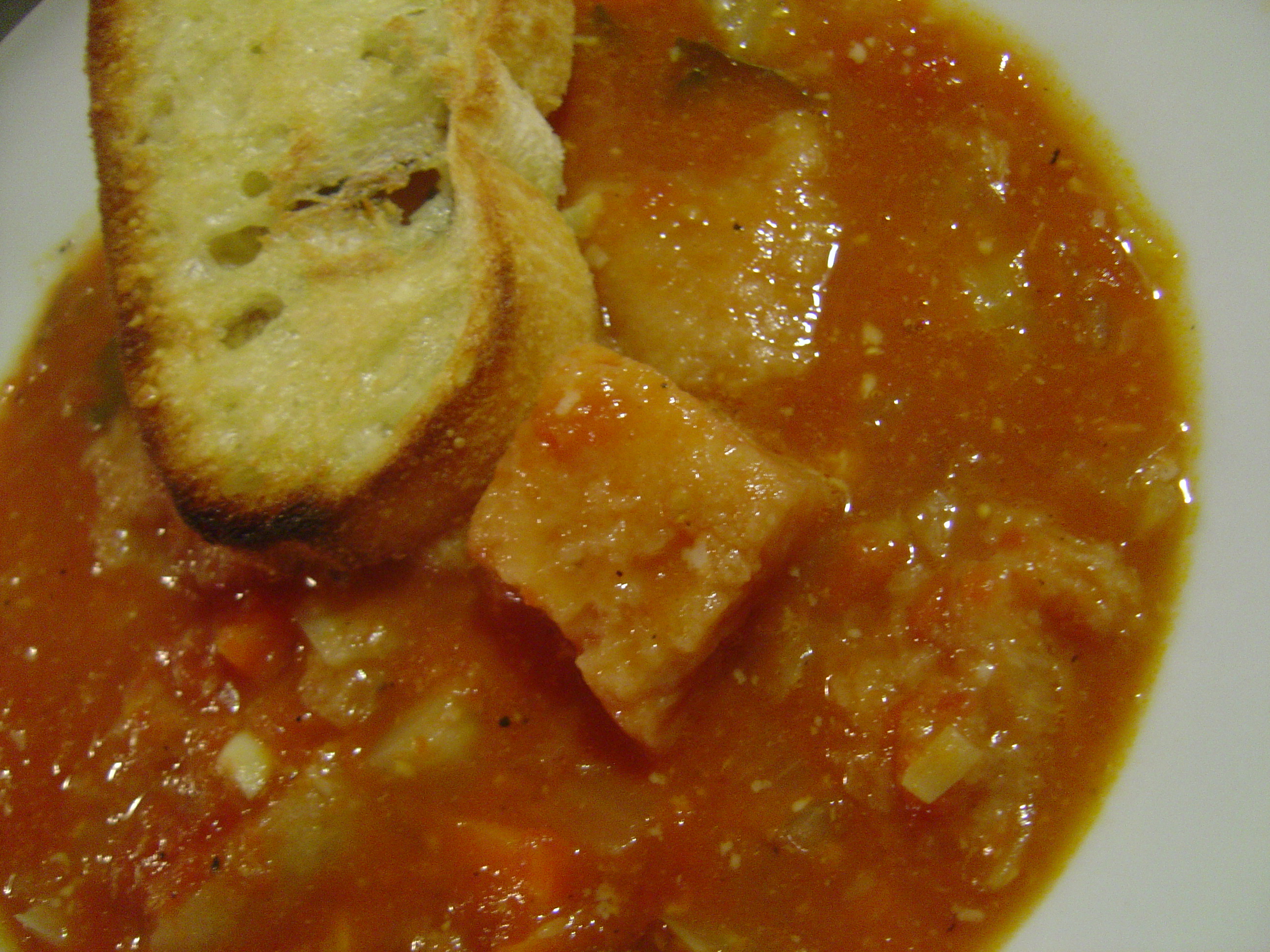 So collaboratively, as we ate, we brainstormed about how fix the mushy bread.  We decided to remove some of the broth and veggie and to “boat motor” the bread to blend it into to the remaining soup then add the broth and veggies back.  We figured that would keep the soup thick but without the mushy texture.  It worked perfectly and I was SO excited that we didn’t waste all that bread by just fishing it out and tossing it away.  I’ll definitely make this soup again but will opt for thickening it with flour rather than bread so as to avoid the mushiness.  You’ll see that I skipped the topping and cut back on the amount of olive oil – I’m trying to cut back on the calories where possible.  With my changes, I made this into a 3 WW point dinner – sounds good to me!

Thanks again to Natalie for choosing a wonderful recipe!  Keep an eye out this month for a couple of delectable breakfast recipes: Banana Sour Cream Pancakes and Easy Sticky Buns.

This recipe was brought to you by Smells Like Home:
https://www.smells-like-home.com/2009/01/pappa-al-pomidoro/
< back print Toggle Image