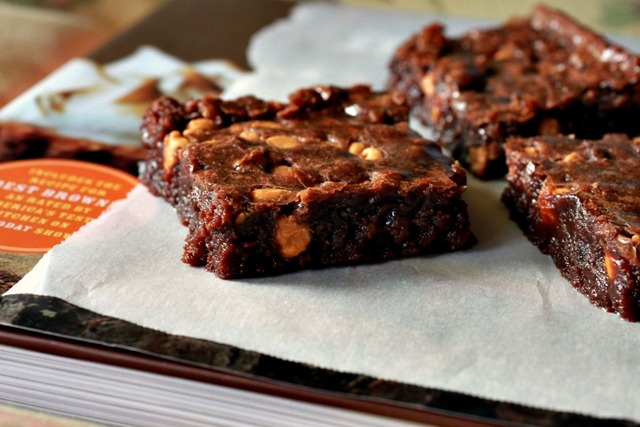 Today, let’s talk brownies.  It seems like the #1 prerequisite for writing a cookbook these days is that you have to include a brownie recipe.  And damn, it better be a good one.  Luckily for the guys at Baked in Red Hook, Brooklyn (NY, that is) they had one.  And it’s truly the recipe that put them on the map.  Actually, praise Oprah for making this brownie one of her “Favorite Things” a few years ago, thus making this the most famous brownie recipe ever. The Baked: New Frontiers in Baking cookbook was born thereafter Oprah and frankly, this recipe is what made me want to buy the want to buy the cookbook. I’m sure I’m not the only one. 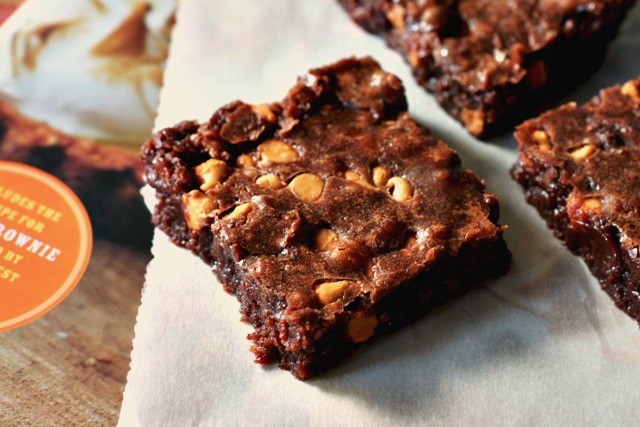 I’ve talked about quite a few different brownie recipes here over the years.  Here are just a few of them:

And out of those three base recipes, David’s brownies are hands-down my favorite.  Just as the title describes, they are chewy, dense, and downright perfect.  But, I have to say that the Baked brownie, with all of its high (Godly?) expectations, gives David’s recipe a full-on run for its money.  Shall I say that it may have taken over the top seed on my list? The texture is very similar to that of the Chewy-Dense Brownie but there seems to be an extra level of richness.  Of course, this could have been due to the handful of Heath Bar bits I threw into the batter and butterscotch chips I topped the batter with before baking, but all in all, I won’t hesitate to make the Baked brownie again and again.  It really is something special and you can bet your butt that the next time I drive down to Long Island to see my parents, a side-trip to Baked will be in my plans.  I hear they sell other things too.

**EDIT** The winner of the copy of Peter Reinhart’s The Bread Baker’s Apprentice is Kimberly @redheadrunswild!!

Baked Note: A great brownie is easy to make, but you have to be aware of several factors. (1) Use a dark unsweetened cocoa powder like Valrhona. A pale, light-colored cocoa does not have enough depth. (2) Make sure your eggs are room temperature, and do not overbeat them into the batter. (3) Check your brownies often as they bake. An even slightly overbaked brownie is not a Baked Brownie.

This recipe was brought to you by Smells Like Home:
https://www.smells-like-home.com/2010/10/the-baked-brownie/
< back print Toggle Image