For the past three weeks I’ve been craving a yellow butter cake with vanilla Swiss meringue buttercream frosting. This post obviously isn’t about that cake.

It’s about these red velvet brownies with white chocolate buttercream frosting that I nearly had to wipe the drool off of my keyboard from when I came across the recipe. I kid you not.

These are the type of brownies that will make your old Aunt Rhonda kick herself for not thinking to bring to the church picnic before her old rival, Harriett, did just that.

They’ll make people swoon and clamor over each other for seconds. You’ll watch these babies disappear and you will beam with delight.

And get ready because people will be asking you for the recipe. Trust me! So let’s get down to the nitty gritty of how to make red velvet brownies.

Let me first say that I’ve only made one other red velvet recipe in my life before this recipe and I had forgotten about the destructive power of red food coloring.

So, be prepared to go slowly when it comes time to add it in this batter. Fortunately, the recipe seems to compress the mess because you’ll stir together the cocoa powder, food coloring, and some vanilla into a paste that you’ll add to the batter.

This is done in place of pouring all of the food coloring into a whirling mixer. That’s a disaster waiting to happen!

This brownie batter is a fairly basic one to make! And for the love of all things good, please don’t use a red velvet cake mix to make these brownies!

You only need butter, sugar, flour, eggs, and salt in addition to the cocoa powder, red food coloring, and vanilla extract to make these red velvet brownies.

They couldn’t be more simple to make from scratch!

The white chocolate buttercream frosting is insanely sweet and I almost thought it was too sweet. Is that even possible??

But by the next day, the white chocolate flavor seemed to blossom and the sweetness had diminished just a tad.

Because of this, I highly recommend making the frosting a day or two in advance and sticking it in the fridge until you’re ready to bake the brownies. You’ll need to give the frosting some time on the counter to come to room temperature and when it does, give it a good stir before you frost the brownies.

Whatever you do though, don’t wait another millisecond to make these red velvet brownies with white chocolate buttercream frosting. You’ll be kicking yourself when they show up at your next party and someone else will be doing all the beaming. 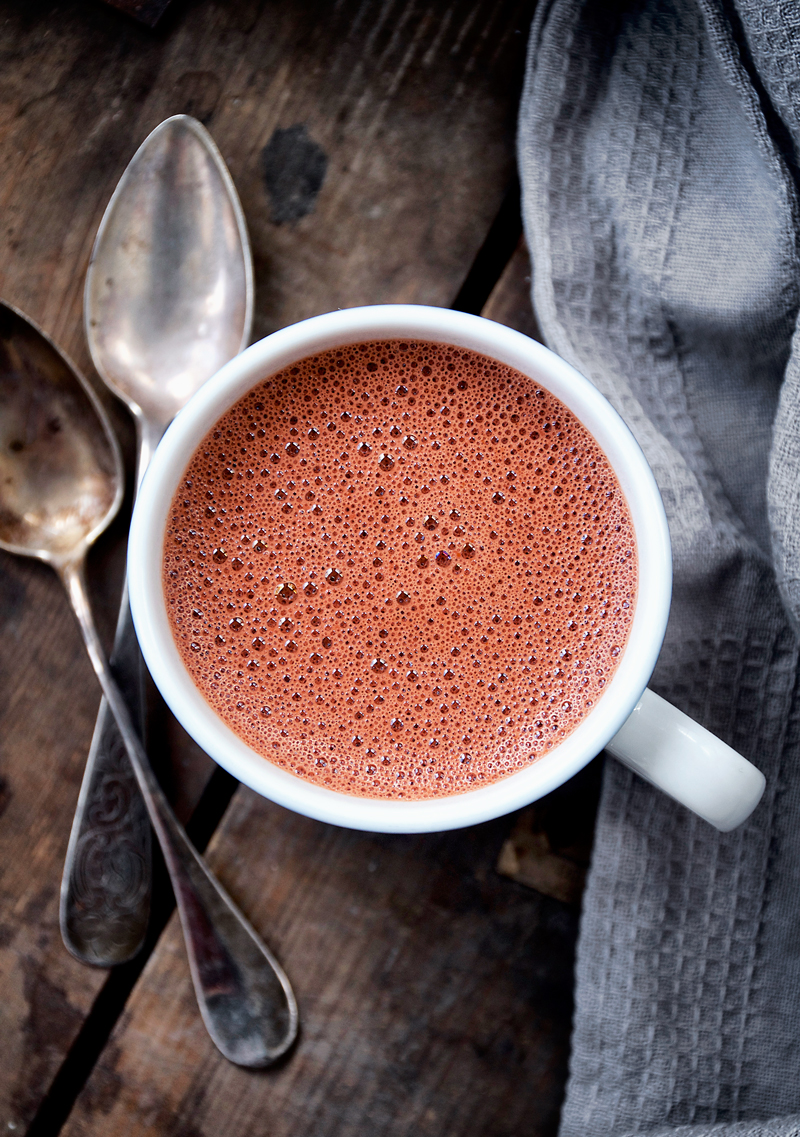 For the red velvet brownies:

For the white chocolate buttercream frosting:

The white chocolate buttercream for these brownies is VERY sweet. I strongly suggest making it a day or 2 in advance as the flavors will meld and the sweetness will mellow a little the day after you make it.

adapted from How Sweet Eats