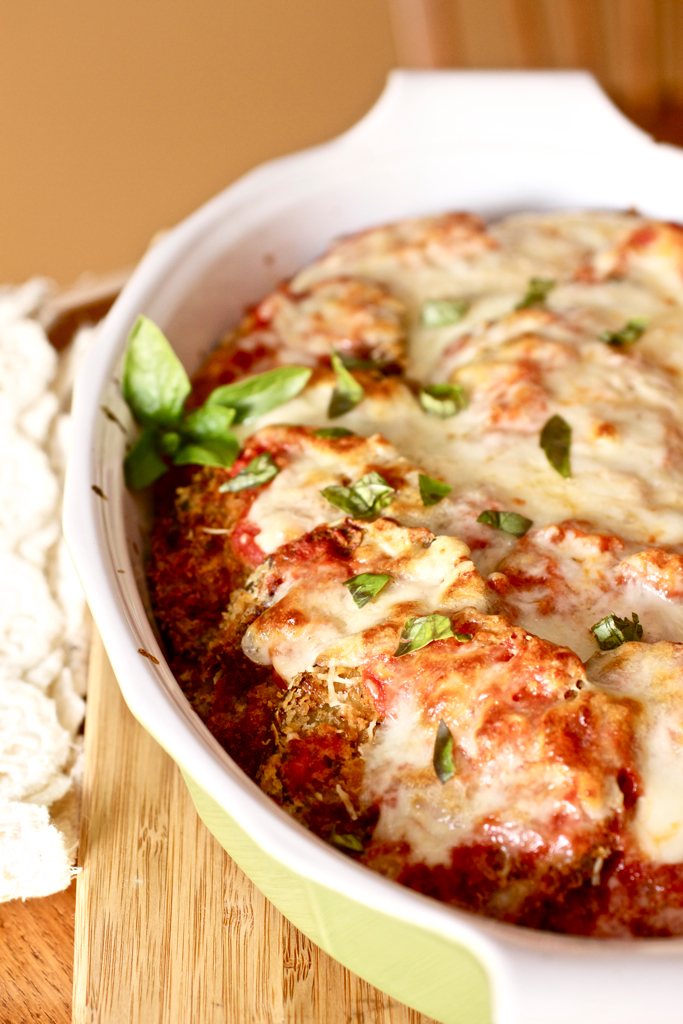 This is the perfect eggplant parmesan recipe, where crispy edges of the baked eggplant peak through light layers of a simple homemade tomato sauce and irresistible melted mozzarella cheese. One bite and it will be your family’s new go-to recipe!

We are in eggplant overload!

In the past 2 weeks, our little garden has yielded 7 gorgeous eggplant and by this weekend, we should have another 3 or 4 ready to harvest. I think the Epsom salt we used this year has been working its magic.

It’s insane and I hope you’re ready for some fantastic eggplant recipes in the next couple of weeks! 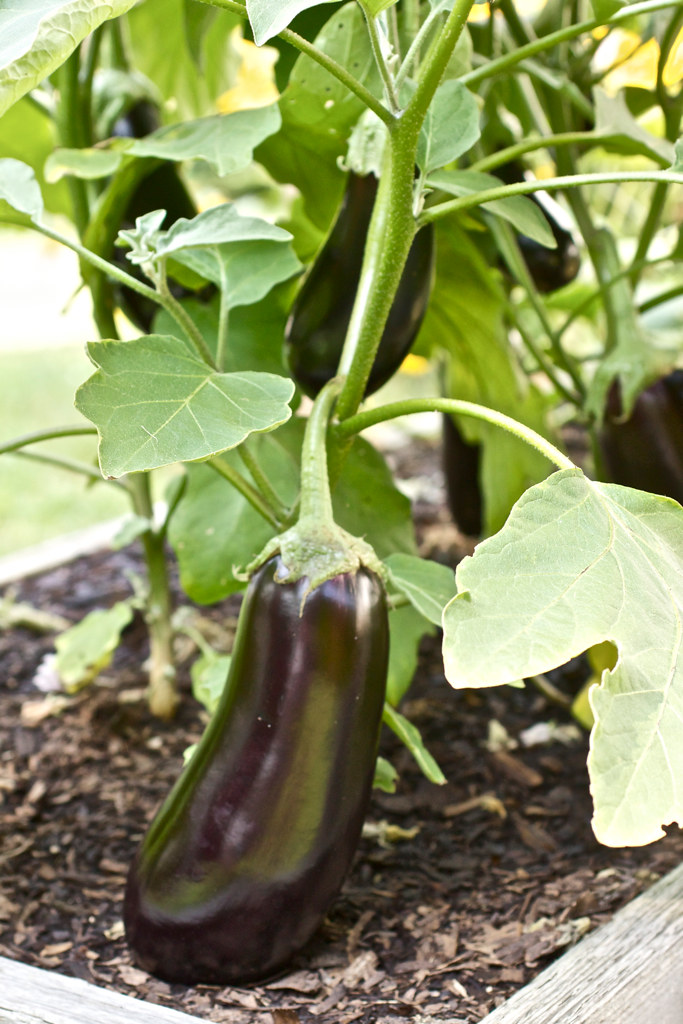 In all honesty, I’ve been wanting to share this recipe with you since last summer after having made it numerous times in the past year, but I could never get my photography world to align with the eggplant parm gods.

Basically, all of my earlier photos of this recipe have sucked. 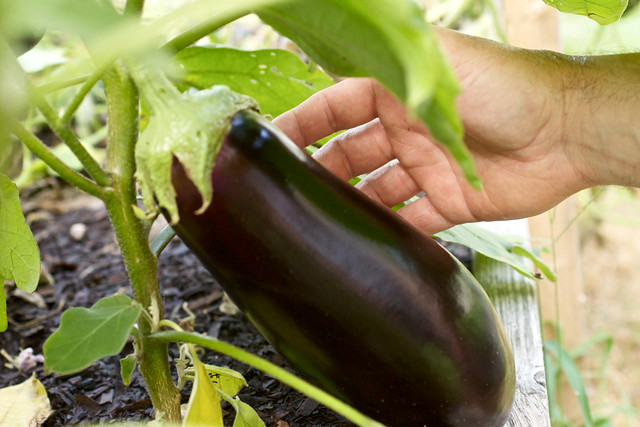 In short, this is the perfect eggplant parmesan recipe where crispy edges of the baked eggplant peak through light layers of a simple homemade tomato sauce and irresistible melted mozzarella cheese.

The breaded eggplant is baked in similar fashion to these baked oven fries, where you’ll bake the breaded eggplant on hot, olive oil-covered baking sheet. This method mimics the way we traditionally shallow-fry eggplant for eggplant parmesan but it’s WAY easier! 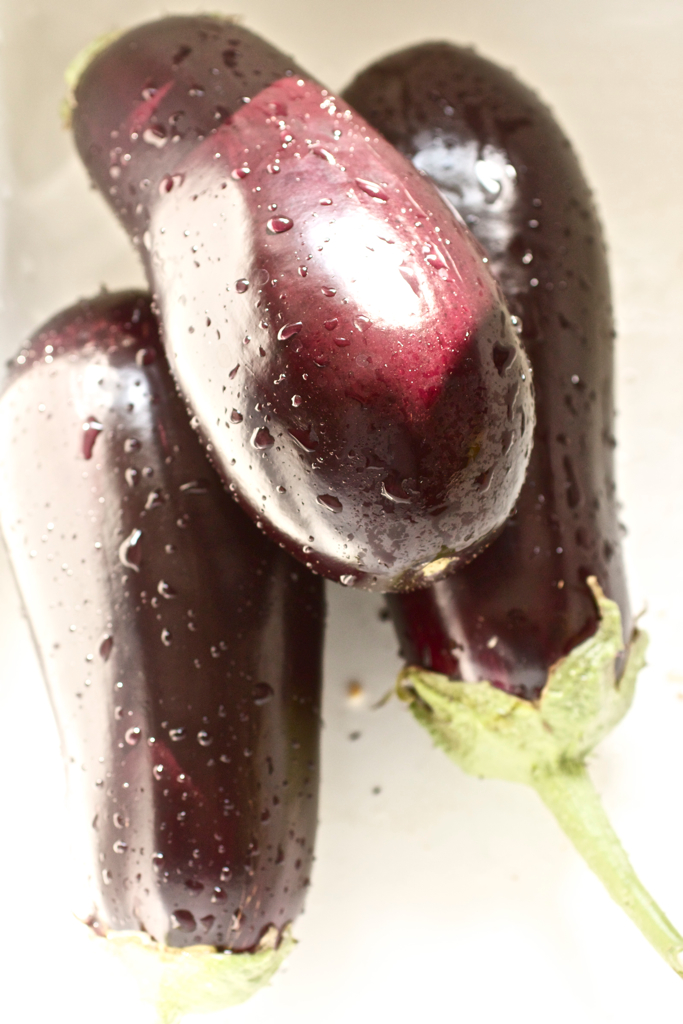 While we all know that making baked eggplant parmesan tends to be a little labor-intensive on the front end, how could you go wrong with the oven doing all of the hard work? This method prevents you from standing over a pan of hot oil in an already too-hot kitchen in the middle of summer.

That’s always a big win for me!

To Peel or Not to Peel

First, the peel provides the eggplant with some structure. Without the peel, the eggplant just becomes a sloppy mess.

And second, there is fiber in the peel.

How to Freeze Baked Eggplant

The last time we made this eggplant parm recipe, we ended up baking way too many eggplant rounds. So we froze the extra cooled rounds on a parchment-lined baking sheet then tossed them in a freezer bag for the next time an eggplant parmesan craving arises. 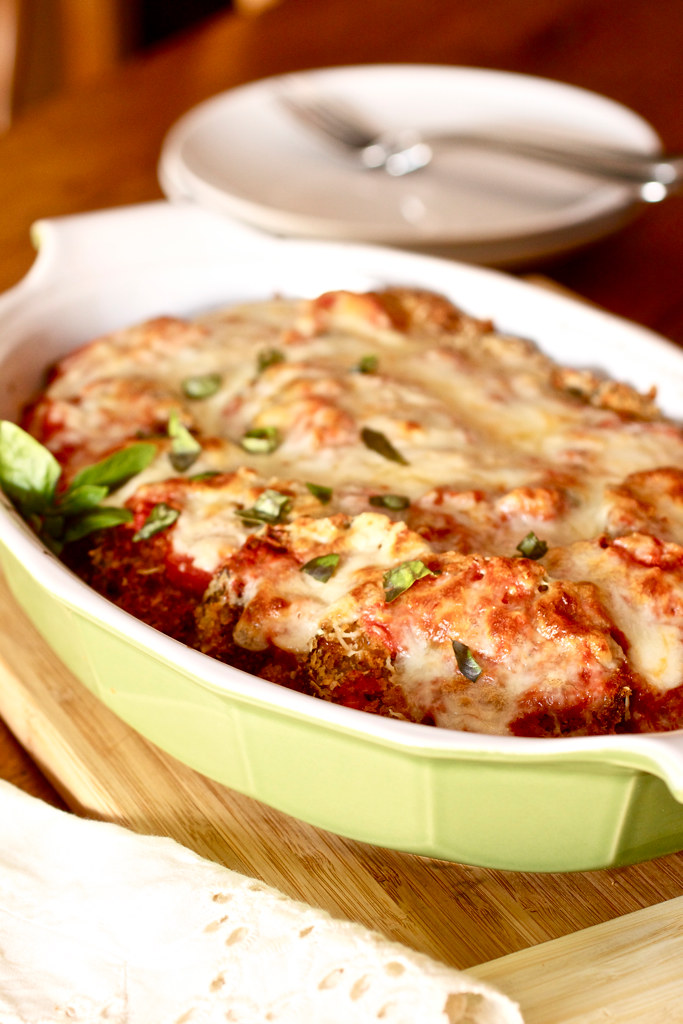 Alternatively, the baked eggplant rounds by themselves could lend themselves to a myriad of other eggplant dishes like pizza, sandwiches or panini with fresh veggies and garlic aioli, or eggplant stacks with roasted red peppers and goat cheese.

Oooo!! Or eggplant slices topped with a poached egg for breakfast or a light lunch! Yes!!

What Goes Well with Eggplant Parm?

To me, this eggplant parm is definitely a stand alone type of meal. It’s hearty and filling and I’ve never thought I was missing anything by not serving a side dish with it.

However, if you’re planning to serve this eggplant dish to guests, you may want a little something on the side to round out the meal. Either this house salad or my Greek salad would be nice salads to start the meal.

For a carby side, either this garlic parmesan pull-apart bread, these garlic knots, or this ciabatta bread would be perfect in place of Italian bread.

And of course, if you’re looking for an Italian dessert for this classic Italian meal, let me suggest either my cannoli cake or these Italian bakery butter cookies.

You get the idea! Now, go make this eggplant parm and come back to thank me later.

Looking for other ways to use up summer eggplant? Try these! 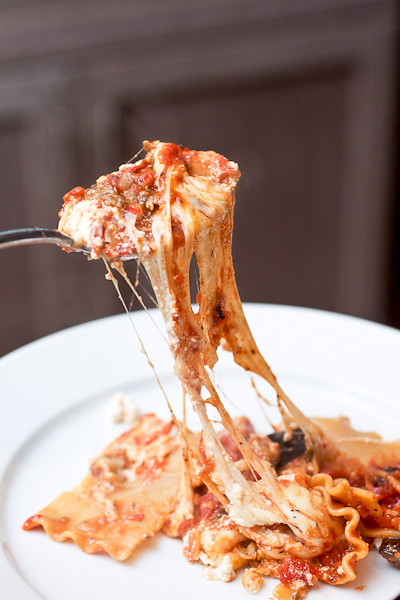 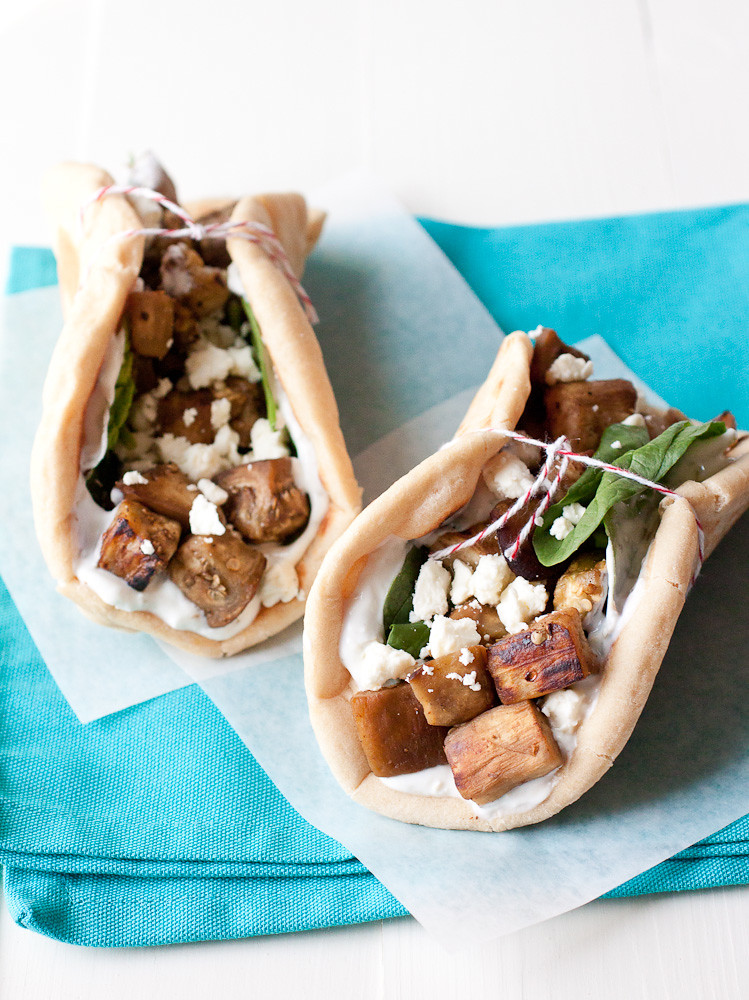 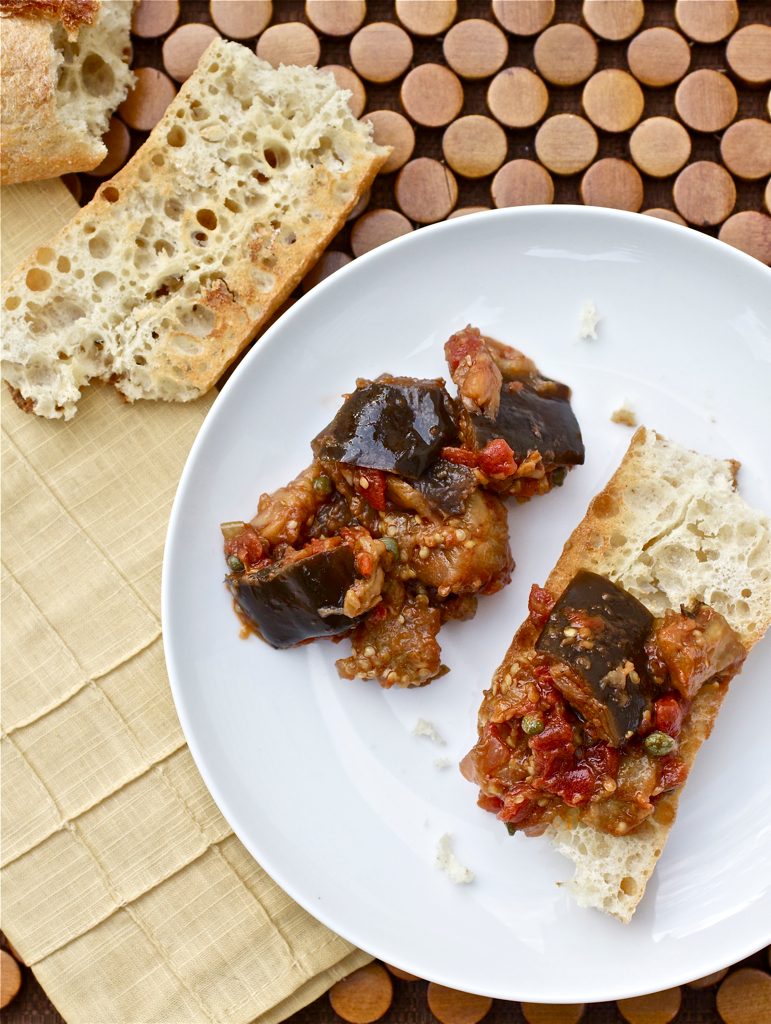 For the tomato sauce (optional - can use your own or jarred sauce in a pinch):

This is not a quick eggplant parmesan recipe but it is worth the wait and work in every way possible. You can absolutely use your own sauce, either homemade or jarred, but if you're up for it, try this 15-minute recipe - it's truly excellent.

This recipe was brought to you by Smells Like Home:
https://www.smells-like-home.com/2011/08/baked-eggplant-parmesan/
< back print Toggle Image
Skip to Recipe