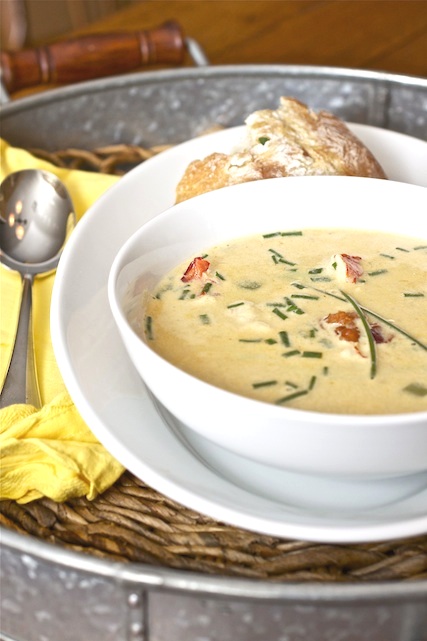 Lobster Corn Chowder: Now you can easily make this classic New England lobster shack soup in the middle of winter!

The season of sun, sand, and swimming may have past already – heck, it’s long gone here with light snow in the forecast tonight – but there is nothing saying that you still can’t find decent lobster in the seafood markets or even your own grocery store this time of year.

And while prices this time of year can never rival the $8.99/lb you’ll find mid-summer in those ramshackle side-of-the-road lobster stands on the coastline roads of Maine or the Cape, I see no issue with foregoing a few dinners out to splurge on some lobster.

I felt the same exact way when I made that lobster mac ‘n cheese too! Lobster splurges are WORTH IT! 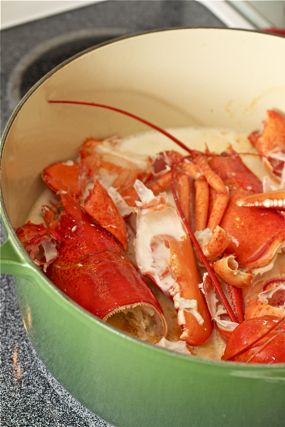 And since it is the season of soup, how about using some of that precious lobster in this lobster corn chowder?

Go ahead, make yourself feel like a New Englander! Lobster in your chowder will do that to you.

This lobster corn chowder is SO easy to make! You’ll make a quick stock with picked-over lobster shells and in about 1 hour, you’ll have this amazing chowder. This is not an all-day kind of soup!

If you can’t find fresh lobster, see if you can find frozen (sometimes you can even find cooked frozen lobster which is a real gem!).

And if fresh corn is out of the question for this time of year, use frozen corn (about 1 ½ cups) and stir in a couple tablespoons of flour into potato-onion-celery-corn mixture before you add the stock to the pot to help thicken the soup. 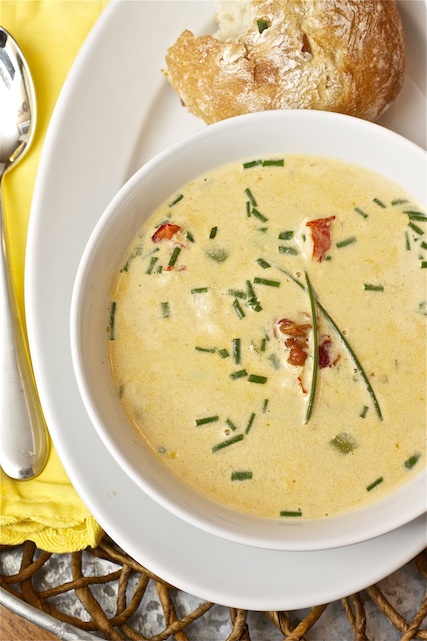 This chowder is definitely in the top 5 of our favorite soups and I think what I love so much about it (aside from the lobster of course) is the sherry that rounds out the chowder so beautifully.  It adds this extra level of flavor and warmth that you can’t get from salt and it almost makes the soup feel silky.

I know many soup days are ahead of us as we head into winter and I suggest you add this chowder to your list of must-makes.

If you can’t find cooked lobsters, steam them yourself in a very large pot in a couple inches of water for about 15 minutes.

adapted from Back to Basics by Ina Garten

This recipe was brought to you by Smells Like Home:
https://www.smells-like-home.com/2011/10/lobster-corn-chowder/
< back print Toggle Image