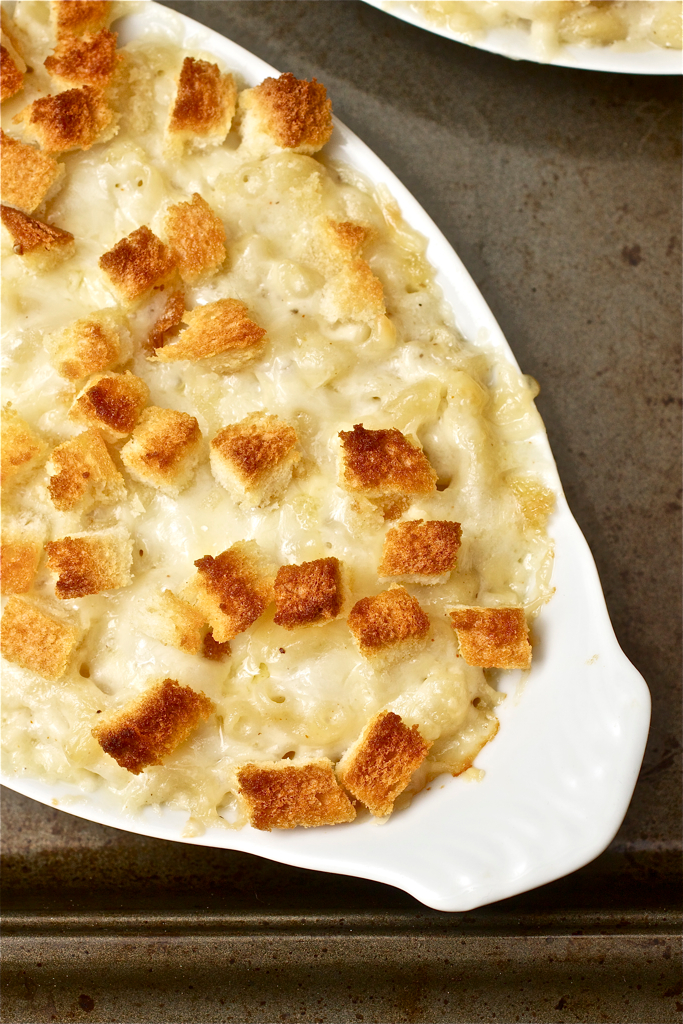 Martha’s mac and cheese is no joke! With over 1 ½ pounds of cheese in the sauce and buttered croutons on top, it really is the most fantastic mac and cheese recipe out there!

Life doesn’t get any better than when you’re faced with a bowl of the most incredible homemade mac and cheese on the planet.  That’s a fact.

It’s time to forget about the woes of everyday life. About the job that stinks. About the kitchen budget that just went bust. About the nasty head cold and sore throat.

Your week probably shaped up to be different than mine did last week but while the circumstances are probably different, we all deal with life’s crap. And as a reward for dealing with said crap, it’s time to belly up to a bowl of Martha’s mac and cheese.

You won’t be sorry. 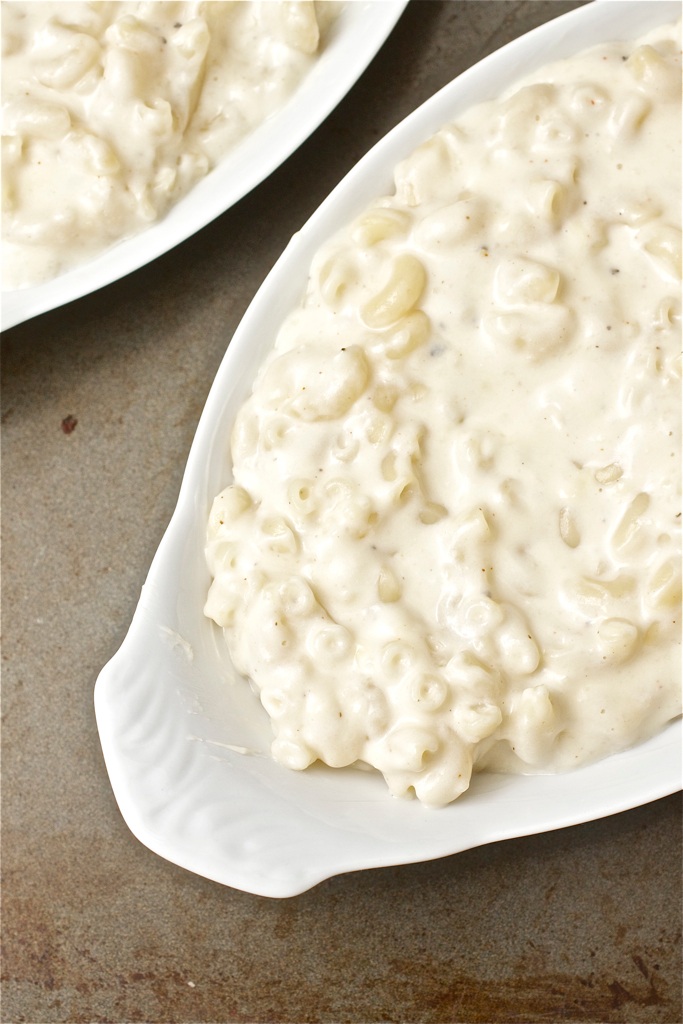 A perfect blend of sharp cheddar and gruyere melted into a luscious white béchamel sauce makes this mac and cheese everything I’ve ever wanted in this classic dish.

The recipe yields way more cheese sauce than you think it should but the sauce finds its way into all of the nooks and crannies of the most basic elbow macaroni and even after baking, leaves you with the creamiest baked mac and cheese ever. 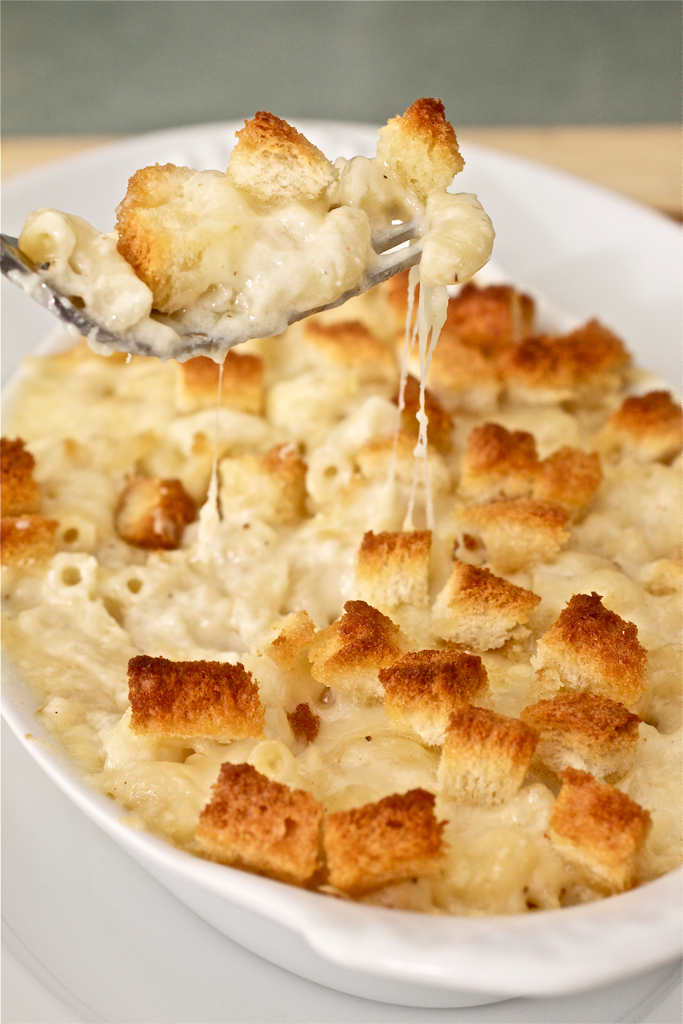 If you’re not familiar with croutons on top of your mac and cheese, get used to it because after trying this version, you’ll never go back to regular ol’ breadcrumbs. Cubed white bread gets tossed with melted butter and the oven bakes up the bread right on top of the mac and cheese – there’s no extra step to browning them like croutons!

The result is a topping of buttery croutons over the creamiest mac and cheese I’ve ever had. It’s pure heaven. 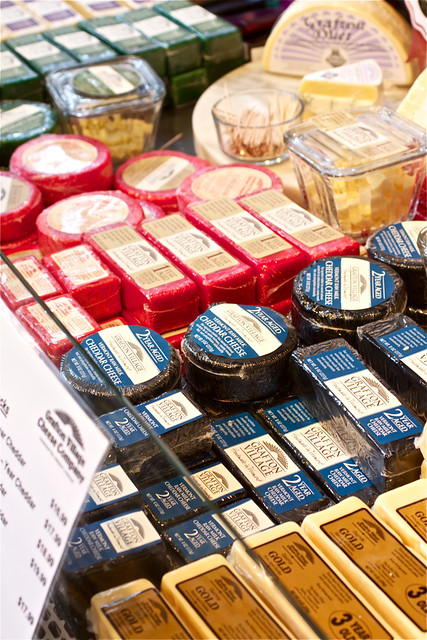 Now, let’s talk cheese for a quick second and add in some fun stuff. The recipe calls for sharp cheddar and gruyere and I don’t suggest you change this mix. The cheddar melts beautifully, as does the gruyere, but the gruyere also adds a little nuttiness…or earthiness…to this mac and cheese.

It’s an amazing combination and it’s the same one I use in my favorite lobster mac and cheese recipe. Go for the best cheddar you can afford. 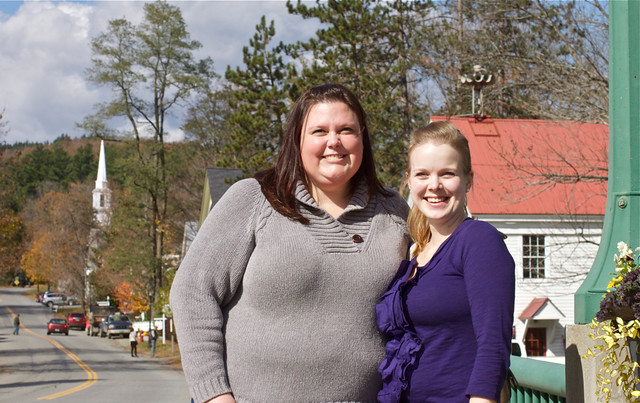 I purchased mine while in Vermont last week (though any block of good white cheddar – not pre-shredded! – will work with this recipe) when Kyle and I met up with Annie and Ben. We hit the Grafton Village Cheese Company for a cheese tasting, took a walk around the quaint and sleepy Grafton Village, and had a warm and cozy lunch next door to the cheese shop.

It was seriously so fabulous to finally, after nearly 5 years of being friends online and through our blogs, meet up and hang out! You can bet that we’re already planning another get together soon!

Go make my homemade Panera mac and cheese recipe! You can come back and thank me later!

adapted from Martha Stewart as seen on TheKitchn and Food52

This recipe was brought to you by Smells Like Home:
https://www.smells-like-home.com/2011/10/marthas-mac-and-cheese/
< back print Toggle Image