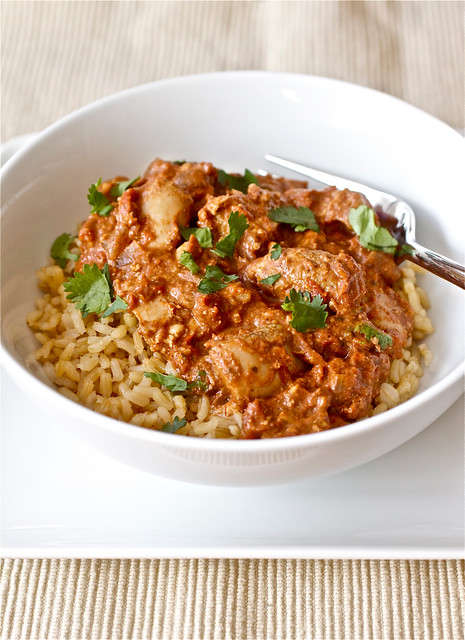 Slow Cooker Chicken Tikka Masala: A warmly spiced classic Indian dish made simply in the slow cooker and lightened up with yogurt with just a little heavy cream.

Faithfully and strategically designed each week, my weekly menu is my sanity to organizing my weeknights.  But there are some weeks when I’m terrible at sticking to my weekly menu.

Sometimes I get out of work much later than anticipated and other times life gets in the way.  Such was the way the past couple of weeks have been: the kitchen design center three evenings in a week, Lowe’s, meetings with our builder, to the house to three or four times in the late afternoon to see the “ooooo the roof!” or “yay the windows and siding!”

Needless to say, my perfectly planned menu doesn’t always work out. And sometimes I’m left with food in the freezer that either I don’t feel like using for its original intention or I’ve completely forgotten what the original intention actually was.

Are you with me?? 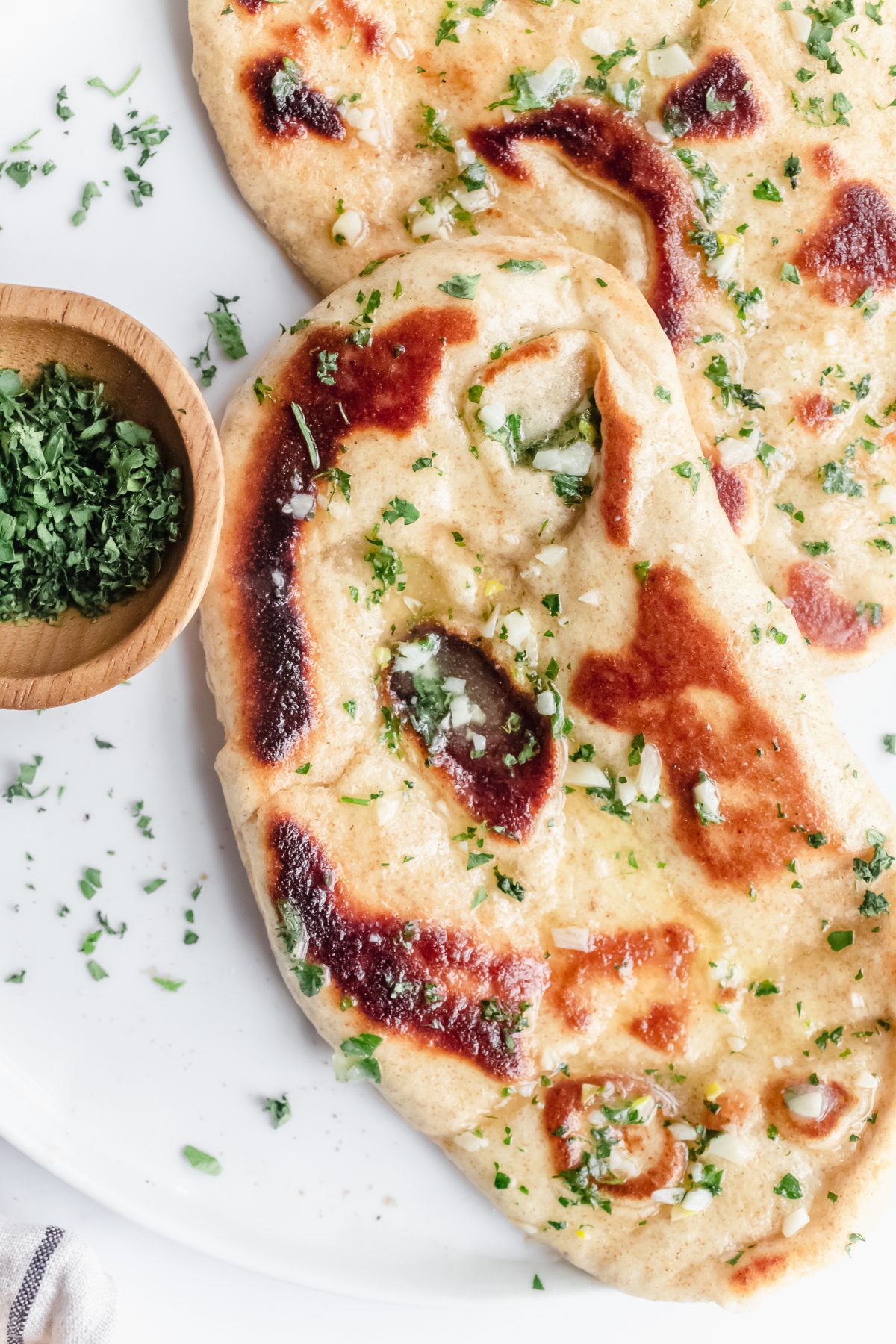 Such was the case with the package of boneless skinless chicken thighs that I found last week. I let Google do all the hard work to find a new recipe and the one I found not only sounded amazing, but I already had all of the ingredients in the house for it: this slow cooker chicken tikka masala.

Now, I’m not at all well-versed in Indian food and I can probably count on 2 fingers the number of times I’ve eaten it but I’ve been curious about the flavors and I’ve been wanting to try it at home.  You know, in a controlled environment.

And I have to say that both Kyle and I loved this slow cooker chicken tikka masala! 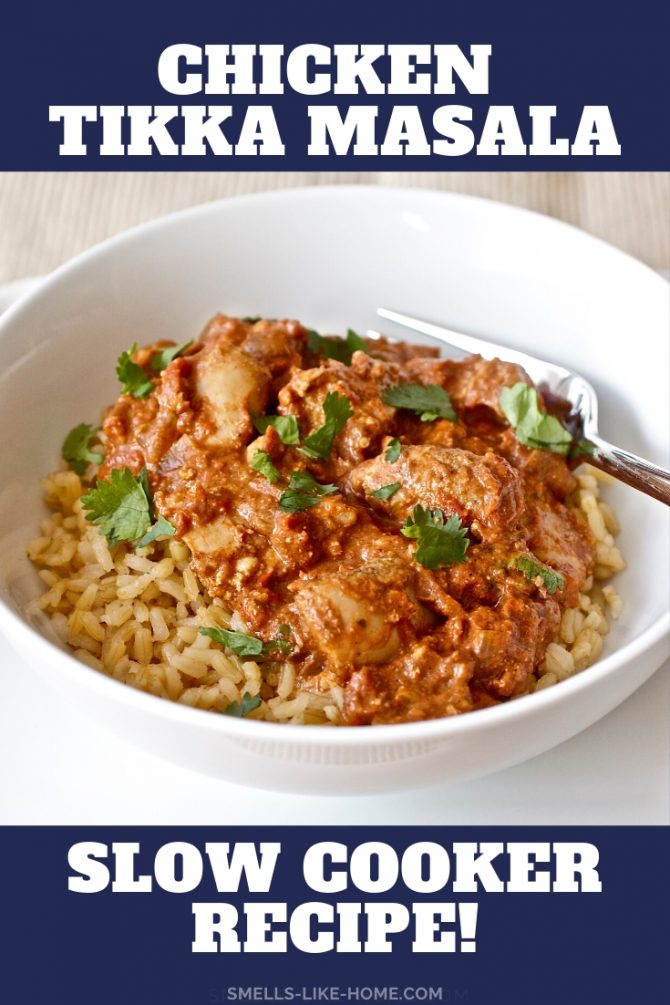 The yogurt, tomatoes, and all of the spices combine into a warmly spiced stew that soaks into and tenderizes the chicken and leaves you with this amazing meal for a cold night.

I especially loved the minimal prep, the slow cooker method, and being able to enjoy the smell of the cooking stew all afternoon long, but I’m sure you could make the whole recipe on the stove top if you don’t have 4-5 hours to let the slow cooker do its thing.

And because this is a hands-off recipe, you’ll have some time to make some easy homemade naan bread or garlic butter naan bread and some cilantro lime rice. They’re perfect for sopping up all of that delicious sauce!

The only change I made to the recipe, which I've reflected above, is that I chose not to brown the chicken before putting it in the slow cooker. I didn't want the extra fat and calories from the butter and I wanted to let the yogurt help to thicken the stew so I could also cut back on the heavy cream in the last step. My changes worked perfectly to help lighten up the dish and I think I've found a new favorite for us!

This recipe was brought to you by Smells Like Home:
https://www.smells-like-home.com/2011/11/slow-cooker-chicken-tikka-masala/
< back print Toggle Image
Skip to Recipe