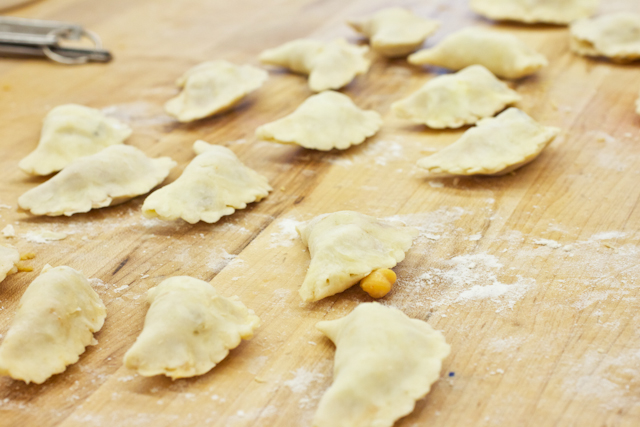 Clearly, one of the best parts of taking classes at King Arthur Flour is the opportunity to learn all kinds of baking tips and tricks.  I’ll talk more about this in a future post, but part of our 3rd day at Blog & Bake was dedicated to learning how to make pie dough.  And whether you make yours in a food processor or stand mixer (and especially those of you who still buy your pie dough – for shame!), you should know that making pie dough by hand is really the only way to really know how it should turn out. 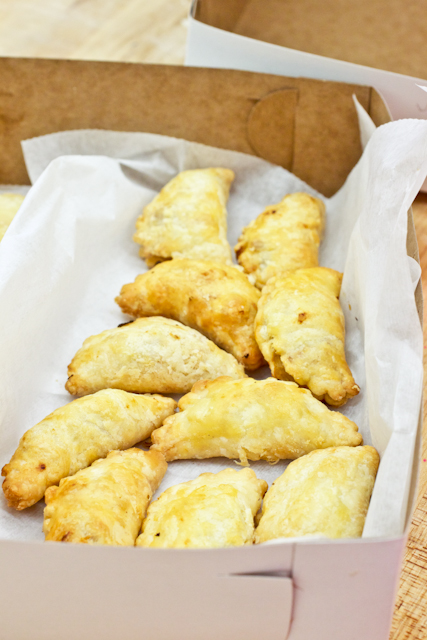 These spicy chickpea and chorizo empanadas were the end-products of our handmade pie dough speed class and I’ve been dying to share this recipe with you ever since making them!  Honestly, it was the first time I had used lard (or shortening) in pie dough and while I held my breath with uncertain expectations, I am now a total convert.  And if you follow Megan’s blog, Stetted, she may tell you about her pie dough made with all lard (no butter); I wasn’t that brave. 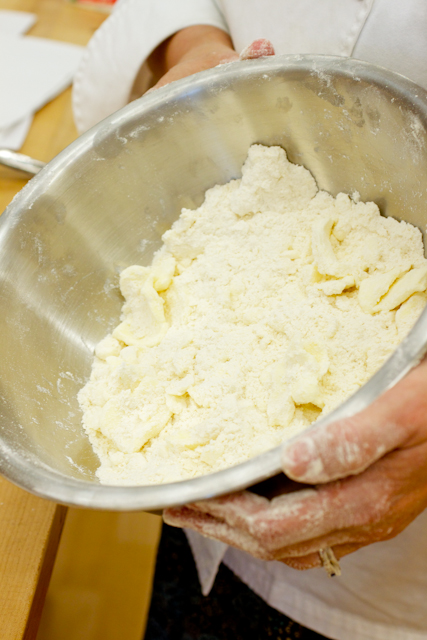 And as much as I fell for the whole wheat cinnamon raisin scones, I think these empanadas were my true favorite of the event.  Big hunks of lard and butter are left scattered throughout the empanada dough in order to create a gorgeously flaky final product and the best way to really achieve this is to make the dough by hand so you have total control over how you work the fats into the flour.  Important stuff, people.  The chickpea and chorizo filling is a cinch to throw together (maybe 5 minutes of your time) and it is just awesome – smoky, hearty, and just a little sweet from the unexpected addition of raisins.  I’ll admit to adding a little cinnamon to the dough which swirled its way in as I was mixing and the flavor just blossomed in the dough as the empanadas baked; a nice little chance I took there, if I do say so. 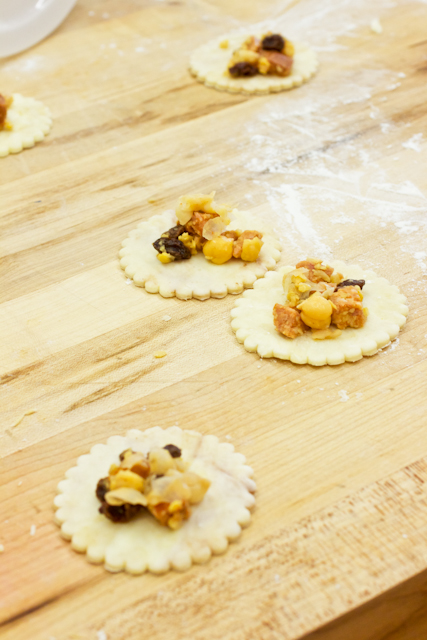 So…pie dough by hand?  The antithesis to worrying about warming the butter?  Have no fear and trust the experts (King Arthur Flour, that is) because this recipe works perfectly!  You should also know that this pie dough recipe is fabulous for sweet creations too, aside from pie of course, and my bench partner for the afternoon, Carrie of Bakeaholic Mama, made some outstanding cinnamon-sugar pop tarts with her batch of dough.  We swapped half of her pop tarts for half of my empanadas and I couldn’t have been happier with how versatile this dough is – dinner and dessert from one recipe!

Ingredients:
For the pie dough:

This recipe was brought to you by Smells Like Home:
https://www.smells-like-home.com/2012/06/spicy-chickpea-chorizo-empanadas/
< back print Toggle Image