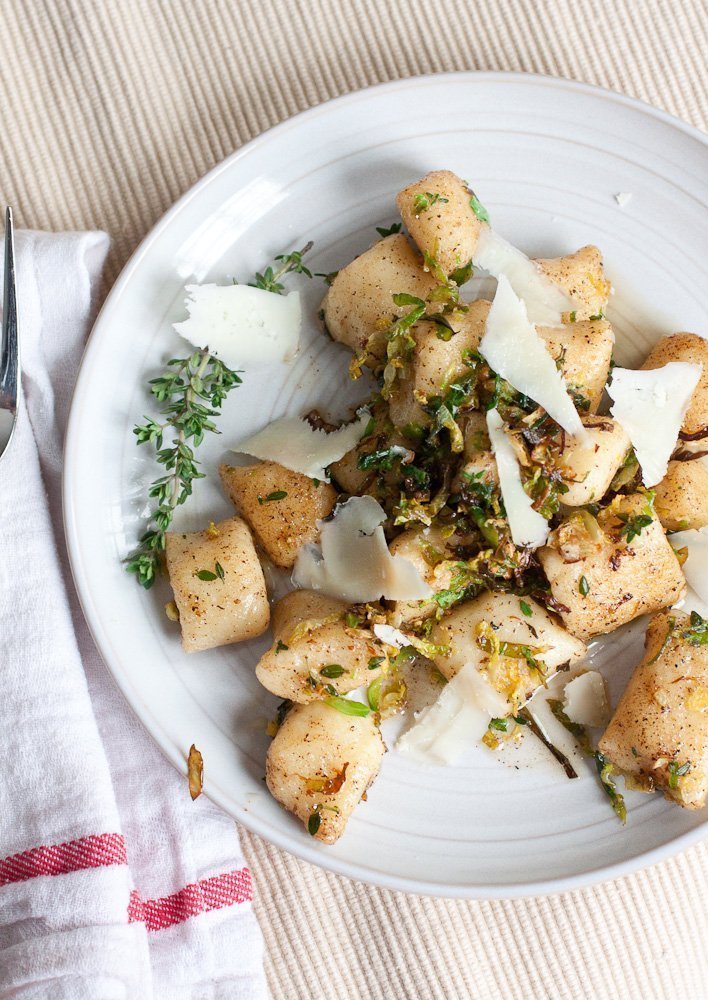 It feels like sort of a mouthful of a title for this simple gnocchi dish but you certainly won’t be able to stop filling your mouth once you start eating it either.

It’s sort of like when you get home from the grocery store after running a few errands and you have the make sure the Talenti didn’t melt too much from being in the car for too long.

You know, while you hover over the counter with a spoon that has a mind of its own. Yep, it’s just like that. 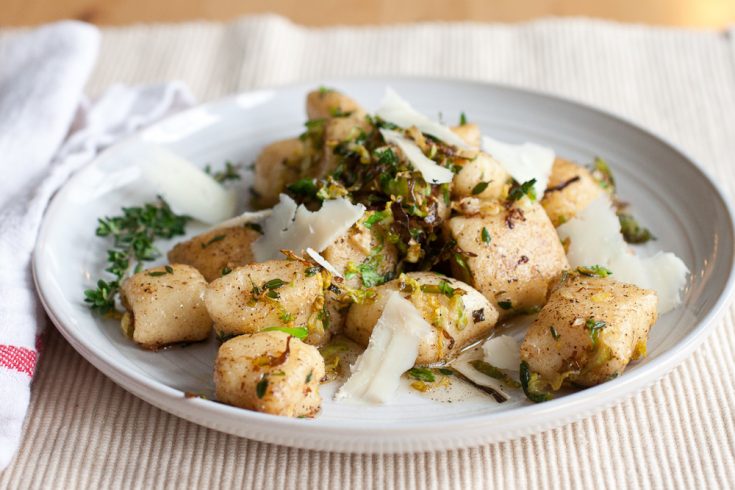 Then the brown butter Brussels sprouts sauce is all poured oh so purposefully over a plate of homemade gnocchi and topped with salty Parmesan cheese. Bring it!

Yes, yes! You could use store-bought gnocchi – I hear Trader Joe’s brand is pretty good in a pinch – but if you’ve got some time, I urge you to make your own. If you really want pillowy puffs of potato dumplings, you’ll want to make your own.

And hey! They freeze great too so make a big batch for future meals!

And since the Brussels sprouts I used here equaled nearly a full serving of vegetables for this meal, I consider this a big-time win! That time I made gnocchi years ago didn’t have any veggies with it and I felt like it was missing something. 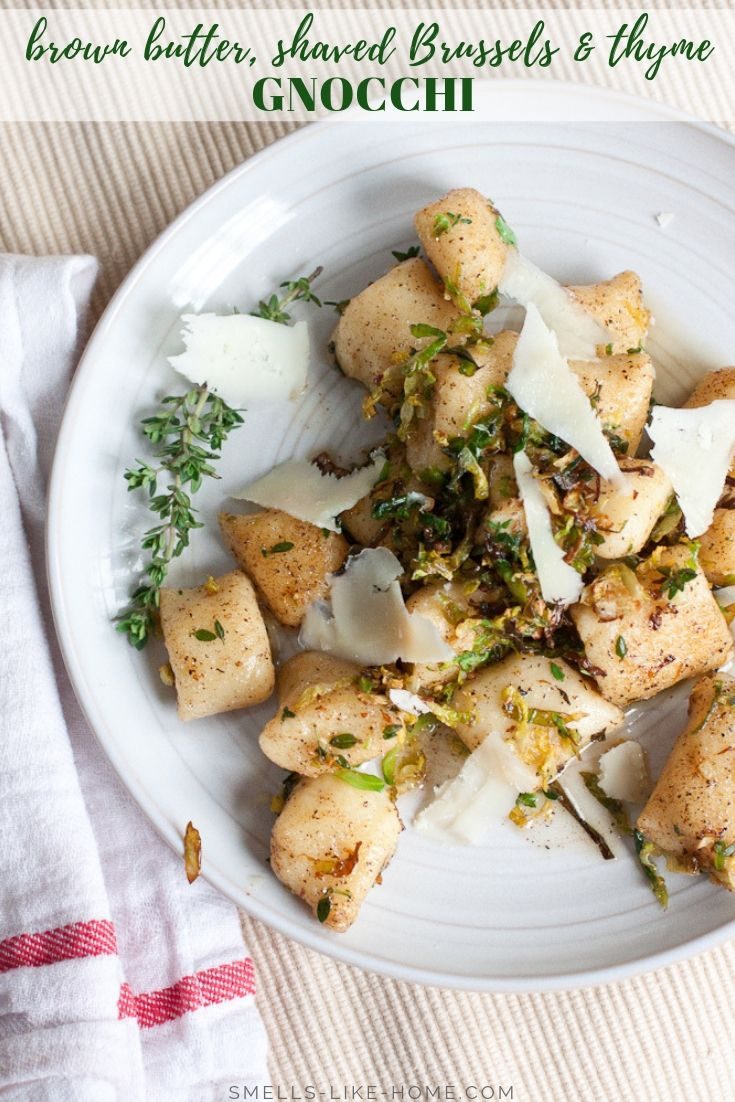 What to Serve with Gnocchi

The Brussels sprouts here definitely help to round out the dish as a vegetarian meal but if you’ve got major meat eaters in your house, go ahead and serve this as a side dish to basically any kind of chicken – classic roast chicken, flat roasted, grilled, parmesan pan fried, baked chicken fingers – or pork chops, pork tenderloin, or even steak.

And if you want to go in a different direction with the gnocchi itself, without the Brussels sprouts and sauce, you can serve some shakshuka on top of these pillowy potato dumplings. It’s a Middle Eastern dish of eggs poached in a fiery tomato sauce with feta cheese sprinkled over when serving and it would make a phenomenal addition to these gnocchi!

For the brown butter sauce:

The awesome thing about gnocchi is that you can make a big batch and freeze the pieces before you boil them and then quickly boil them off at a later time. In a pinch, you can certainly use store-bought frozen gnocchi for this recipe.

This recipe was brought to you by Smells Like Home:
https://www.smells-like-home.com/2014/03/brown-butter-brussels-sprouts-and-thyme-gnocchi/
< back print Toggle Image