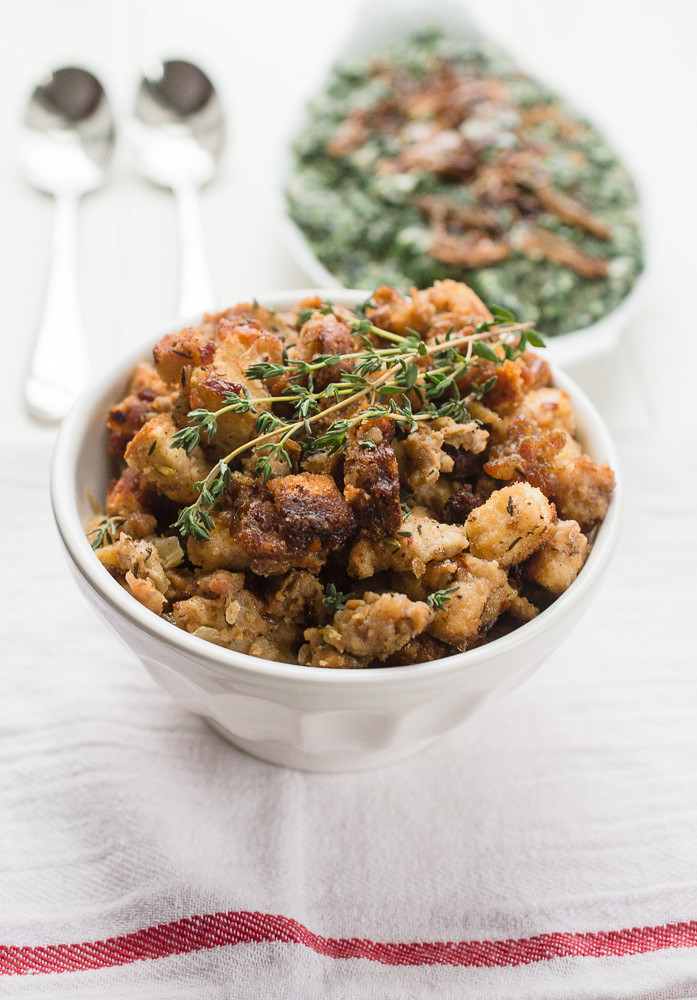 Thanksgiving Crock Pot Turkey Stuffing Recipe – Free up some of that precious oven space on hectic holidays with this crock pot stuffing recipe made in the crock pot!

The few times I’ve hosted a large holiday dinner, I’ve realized that what stresses me out the most is oven space.

For years growing up, I watched the women of my family jostle vintage pyrex bowls – which weren’t old enough to be vintage at the time – around a gigantic turkey in a single oven. How else could they get every one of the 12 side dishes out on the table, hot and at the same time? 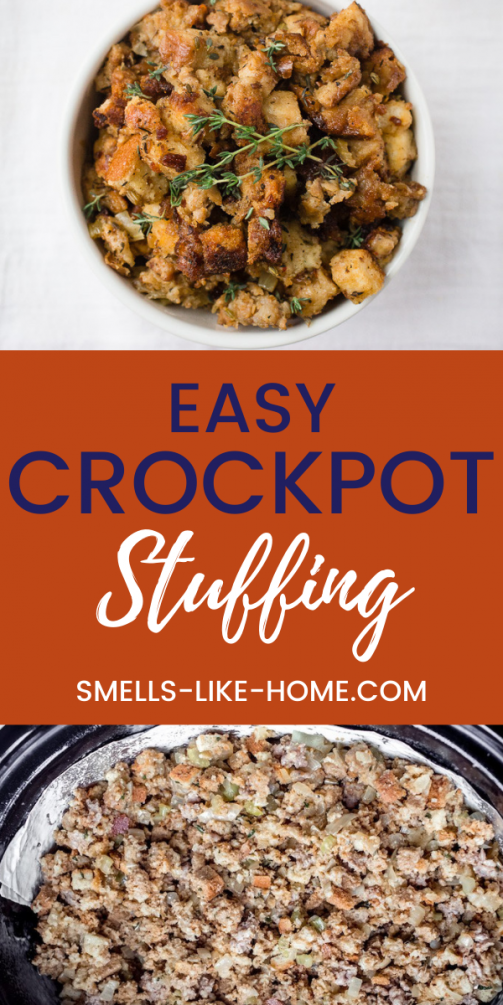 Plenty of fingers were stuck in my food to test the temperature, only to have the dishes hastily recovered with foil and shoved back into the oven.

So when I came across a recipe for turkey stuffing recipe for the crock pot, I about passed out.

WHY, in 2014, was this the first time in my life that I’d ever heard of such a brilliant idea?  I mean, slow cookers have been around since the beginning of time (or you know, the 1970s). I’m just now hearing about how to make Thanksgiving stuffing in the crock pot? 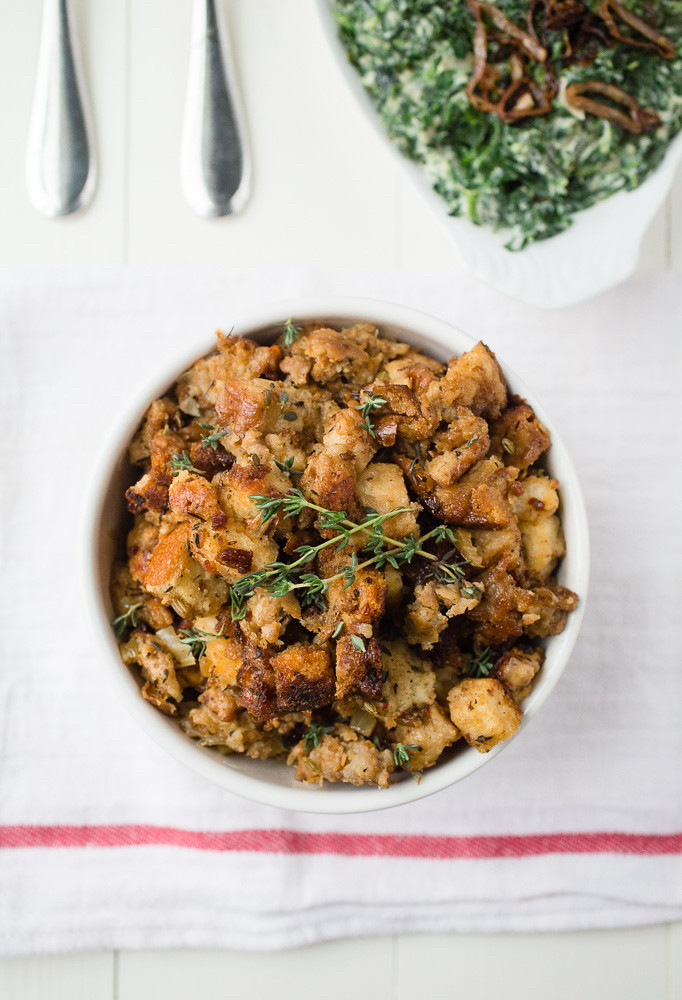 While this radical idea won’t necessarily completely fix the dreaded holiday oven space issue, it’s meant to alleviate it. Especially if you’re not into stuffing your bird full of, well, stuffing.

So I guess this recipe is more for Thanksgiving dressing since it’s cooked on the side.

But really, who cares what you call it? 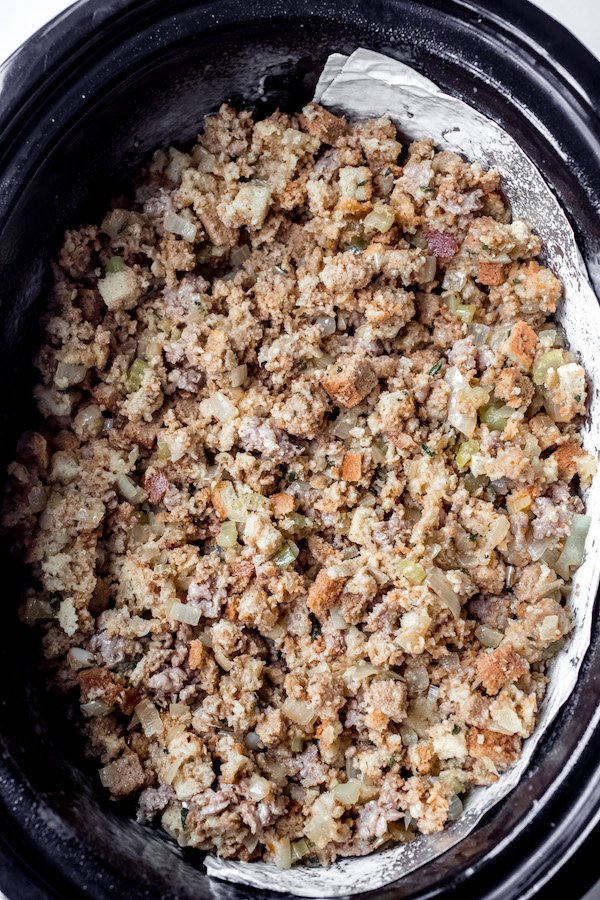 It’s fantastic!! This is a classic turkey stuffing recipe made with dried-out bread cubes, crumbled sausage, and savory herbs. You could certainly add dried fruit like figs or cranberries as I did with my turkey roulade stuffing. Other great additions could be fresh apples, pecans, or butternut squash.

But I skipped all of that and went super traditional with this version.

How to Make Turkey Stuffing in the Crock Pot

Even if you’ve never made stuffing before, this recipe will be super easy for you to make. There’s nothing tricky about it!

Here’s what you’ll do (keep scrolling down to the recipe card for the full set of instructions):

STEP 2: Cook chopped onions, carrots, and celery and then add some dried thyme and sage.

STEP 3: Deglaze the pan with chicken or turkey broth.

STEP 4: Add the sausage and vegetables to a bowl with dried bread cubes. 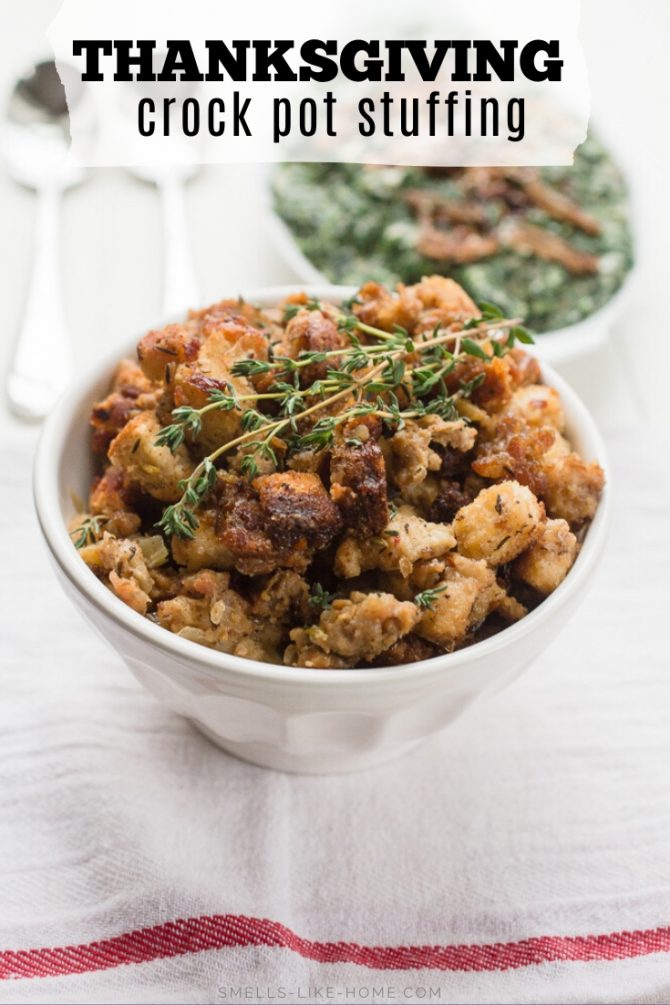 STEP 5: Whisk eggs and chicken broth together and then mix this into the bread and sausage mixture.

STEP 6: Line a large crock pot with a foil sleeve (see photo below) and dump in the stuffing.

Using The Instant Pot for This Stuffing

If you have an Instant Pot, you can definitely use it for this stuffing recipe! Just use the Slow Cooker Low setting (according to your instruction manual) and cook the stuffing for 4 hours. So easy!

How Do You Dry Bread for Stuffing?

You’ll need some super dry bread for this stuffing. And you can dry bread 2 ways: 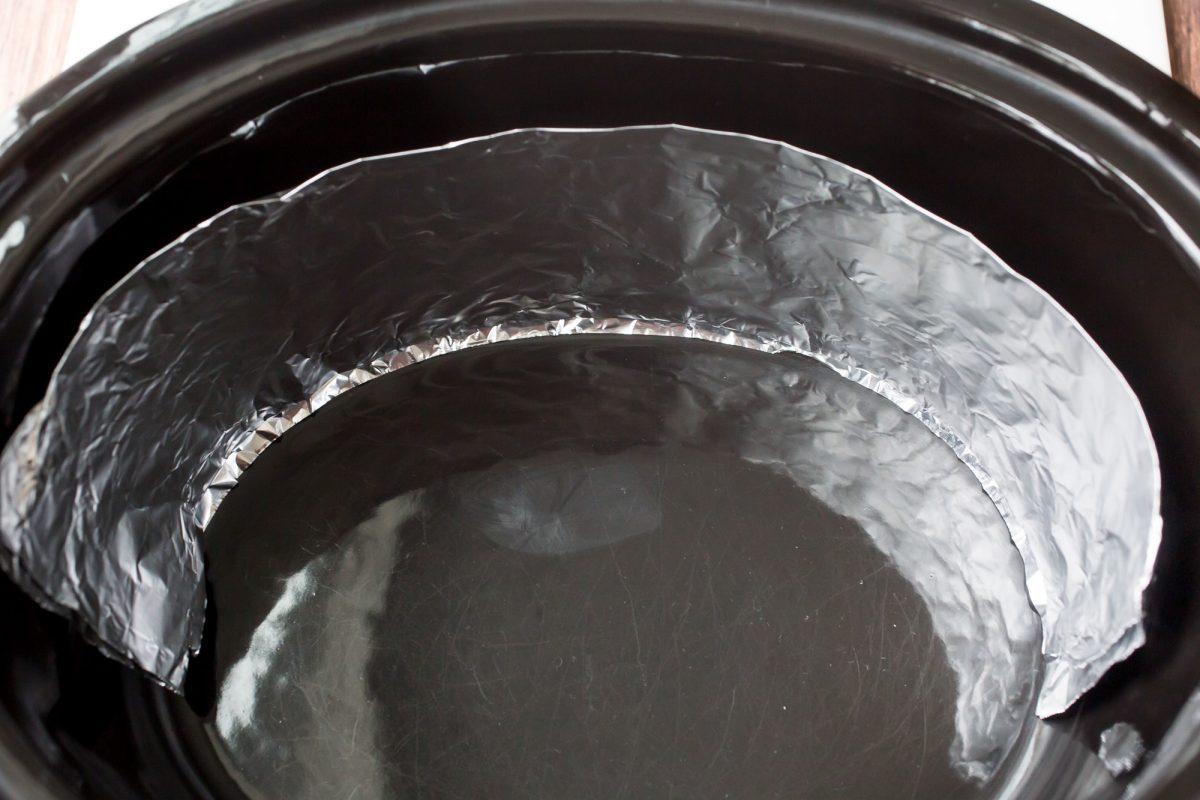 We loved this crock pot stuffing recipe so much that I’ve made is twice in the past 2 weeks! The first time, this make ahead stuffing cooked away for 4 hours while I did some work in the yard.

And then I stuck a good ol’ chicken in the oven to roast for dinner. The perfect fall Sunday meal!

And then I made it again while I made dessert and a few other sides for a fun sides-only dinner this past Sunday. 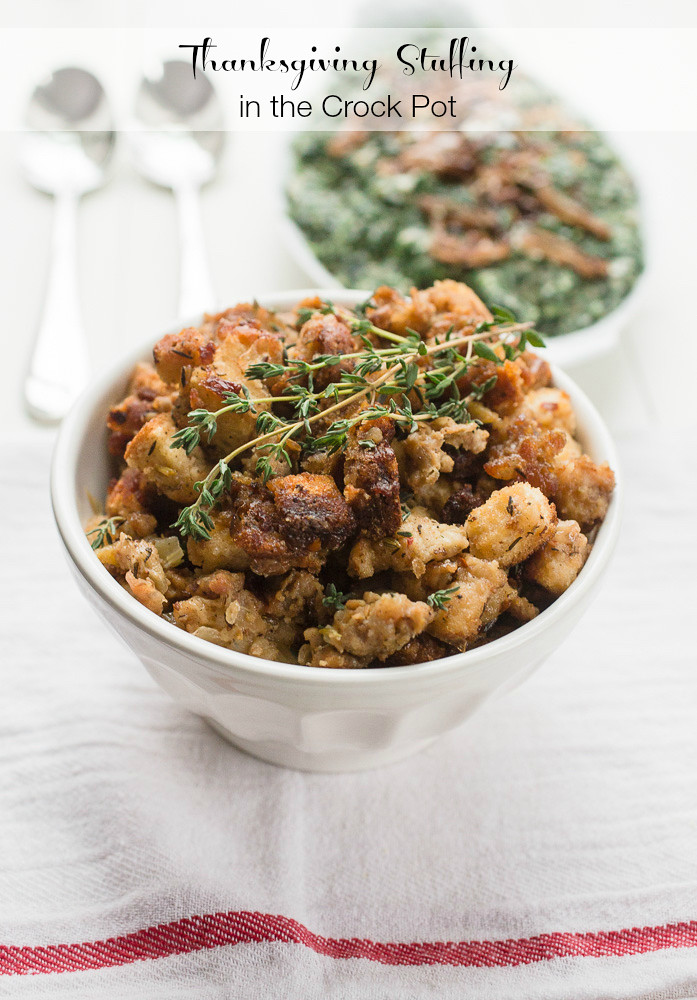 You can bet that I’ll be freeing up my oven space just so I can make this stuffing again for a Friendsgiving or on Thanksgiving day.

Slow Cooker Spiced Pear Juice from Recipes from a Pantry

This recipe was brought to you by Smells Like Home:
https://www.smells-like-home.com/2014/11/thanksgiving-stuffing-in-the-crock-pot/
< back print Toggle Image