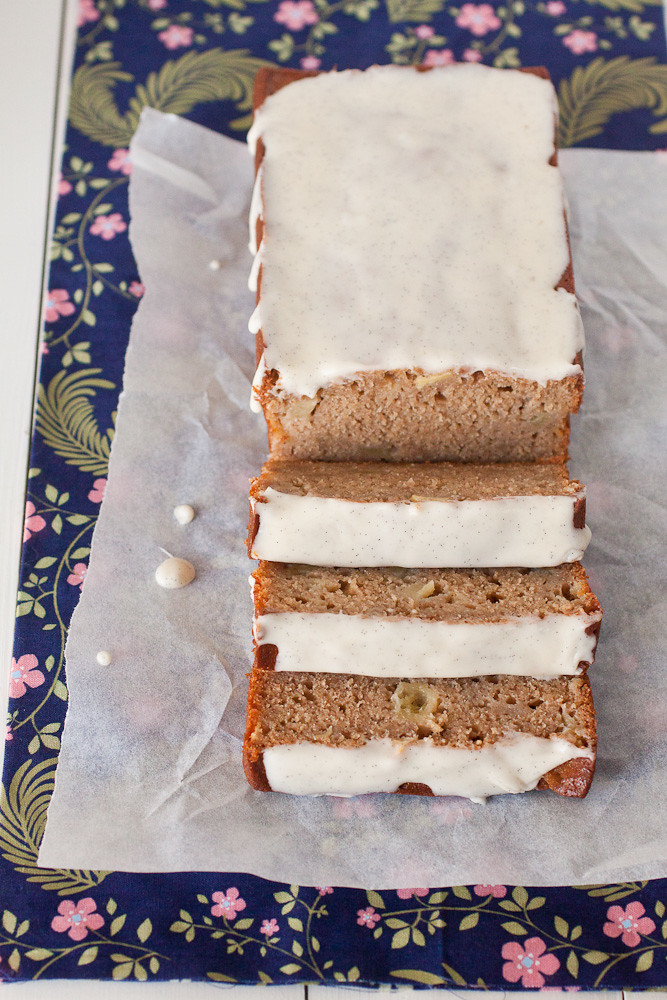 A few weekends back, I stocked up on a whole bunch of Golden Delicious apples with the intent of making a French apple tart. At the time, I was sort of feeling the need to make a prim and proper dessert, with apples sliced into perfectly equal-width slices, gently cooked with breaking any, and ever so carefully placed in concentric circles inside some tart dough. 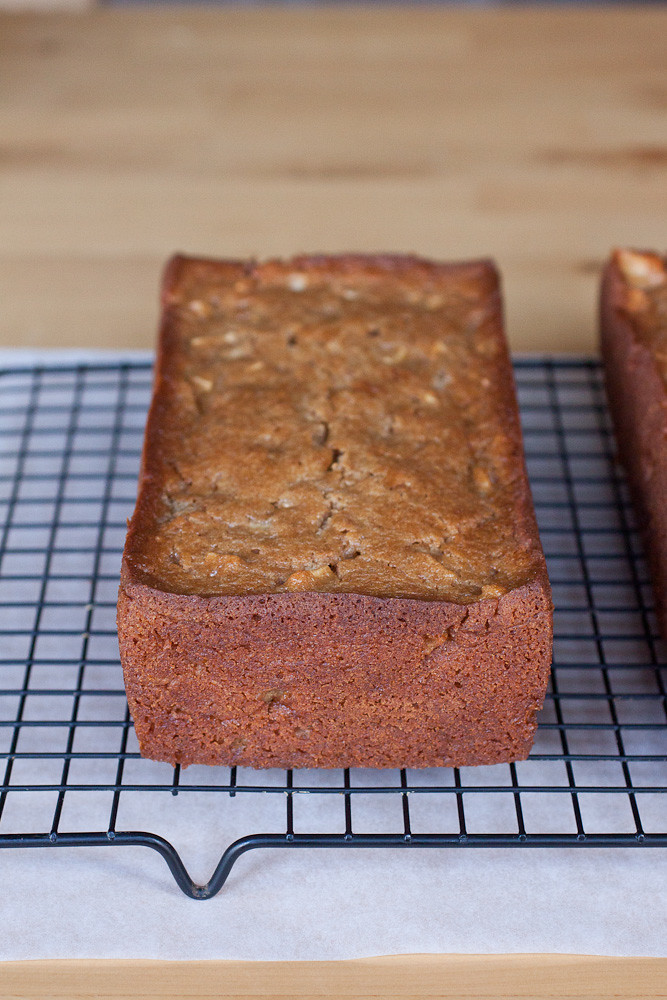 I blame this bit of insanity on a few weeks at work where I felt like I couldn’t keep my head above water and the need to create some order in my life was predominant.  But after having a crappy night’s sleep the evening before I had planned to make that French apple tart and two house guests to prepare breakfast for, that maple glazed rustic apple tart happened instead.

It’s the antithesis of the French apple tart, seemingly thrown together on a whim with apple slices flying in random directions. And yet, it was perfect.

And not that it’s a problem to have, but I had more apples leftover than I expected so a mere three days later, this vanilla bean glazed apple spice cake happened as well. What can I say about having too many desserts stacked against each other? 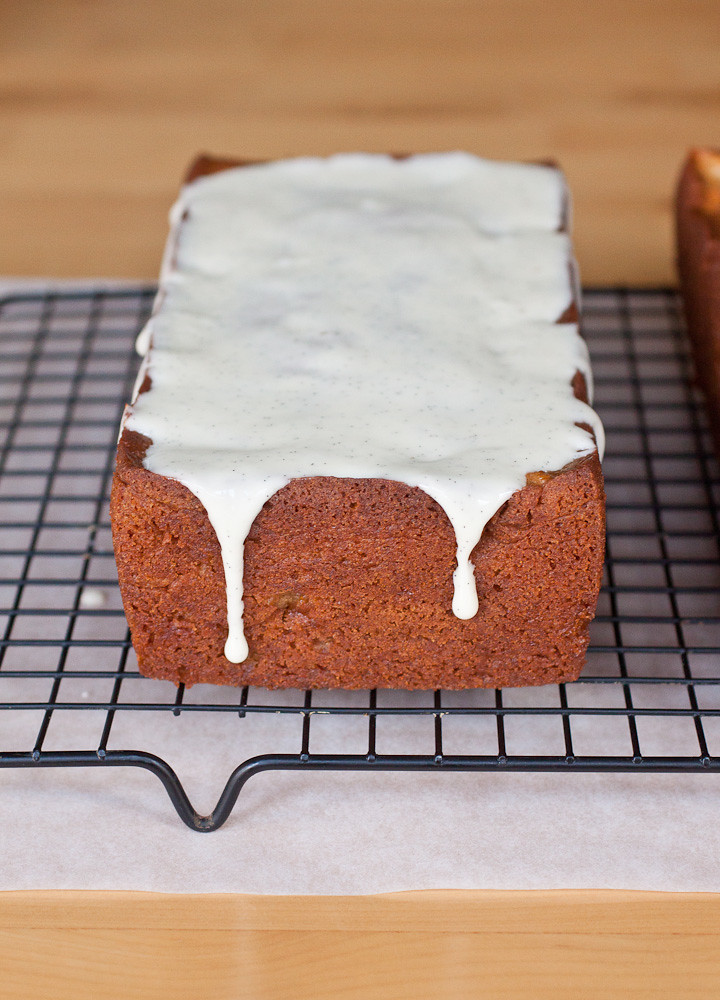 I seem to be all about glazing things recently but more importantly though, I’ve been all about making fall inspired desserts, and that makes me super happy. I made this apple spice cake ages ago in a Bundt version and in all those intervening years, I’ve been meaning to remake it.

It’s richly spiced with a tender and soft crumb that, with the addition of some vanilla bean glaze, left me almost weeping after the last bite. The apple bits studded throughout the cake and peeking out of the top crust are a stolid reminder that this cake was made for the fall. 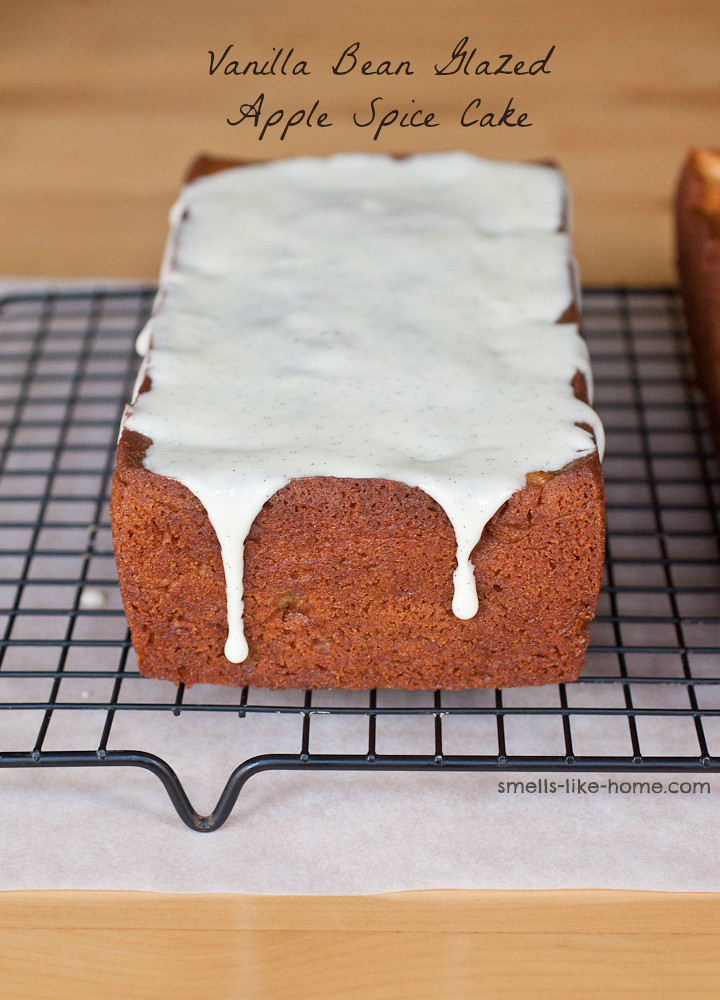 We truly adore this cake. And because a Bundt cake is way too much goodness for just the two of us, I swapped out the original Bundt pan for two 8-inch loaf pans and gave one of the apple spice cakes to our new neighbors to officially welcome them to the driveway. They’re a sweet couple with a toddler cutie pie and two pups.  We’re so happy to have friendly neighbors now (don’t ask about the others) and while Kyle grumbles about the treats I give away – he’s sort of selfish that way (or is it smart?) – he thought this vanilla bean glazed apple spice cake was the perfect way to make friends. I tend to agree.

This recipe was brought to you by Smells Like Home:
https://www.smells-like-home.com/2014/11/vanilla-bean-glazed-apple-spice-cake/
< back print Toggle Image