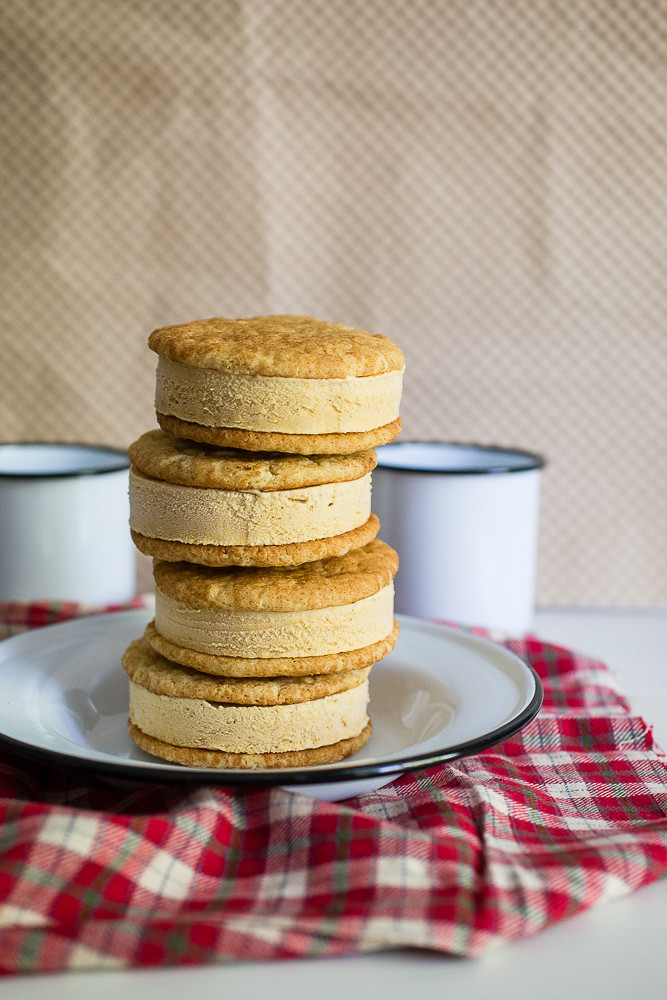 I feel like I’m stuck in this weird in-between world of a love-hate relationship with all-things-pumpkin. Traditionally, my fall baking habits have always leaned more towards Team Apple, hence the “We Are More Than Just Pumpkin” baking email newsletter series I’ve been sending out over the past few weeks (which still has four weeks remaining – sign up under “Subscribe” on the Homepage!), but that pumpkin ice cream I made a few weeks ago which, by happenstance ended up as affogato, sort of pushed me back the other way.

I actually made that ice cream with the sole intention of making these pumpkin snickerdoodle ice cream sandwiches but it was just too good to not re-purpose into another awesome dessert. 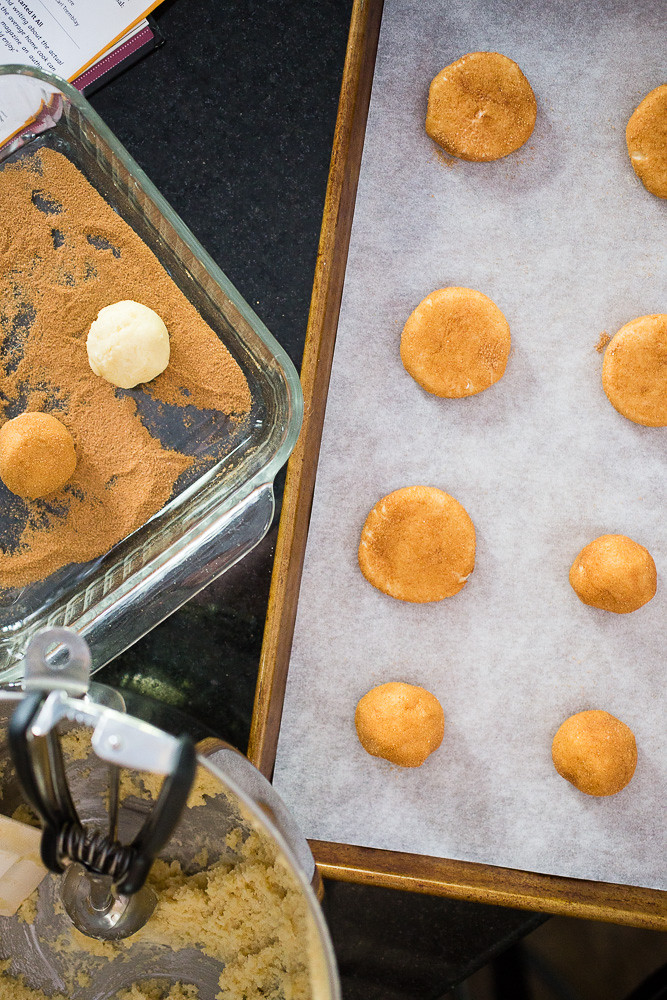 The sparkly cinnamon-sugar exterior isn’t lost with their time spent in the freezer and the cookies are just soft enough to prevent the ice cream from smooshing out the back of the sandwich with each bite. Isn’t that the worst? 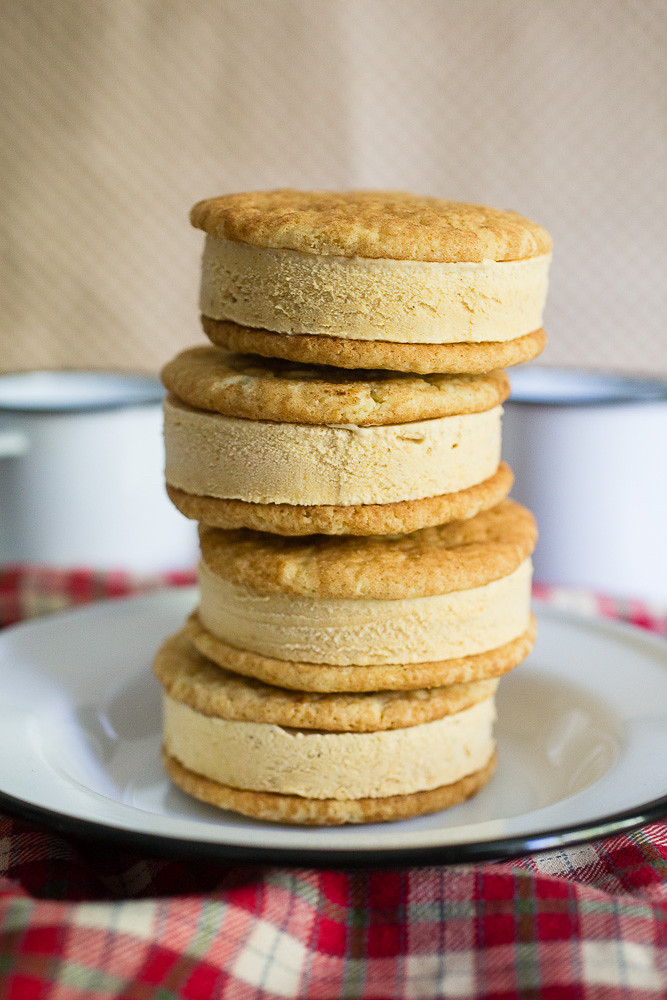 So now that I’ve gotten all of my pumpkin ice cream ideas out there to you, it’s time to start focusing on other things. Like cookies, whoopie pies, scones, a fun Halloween idea, ice cream, and bagels. More on all of those coming soon! 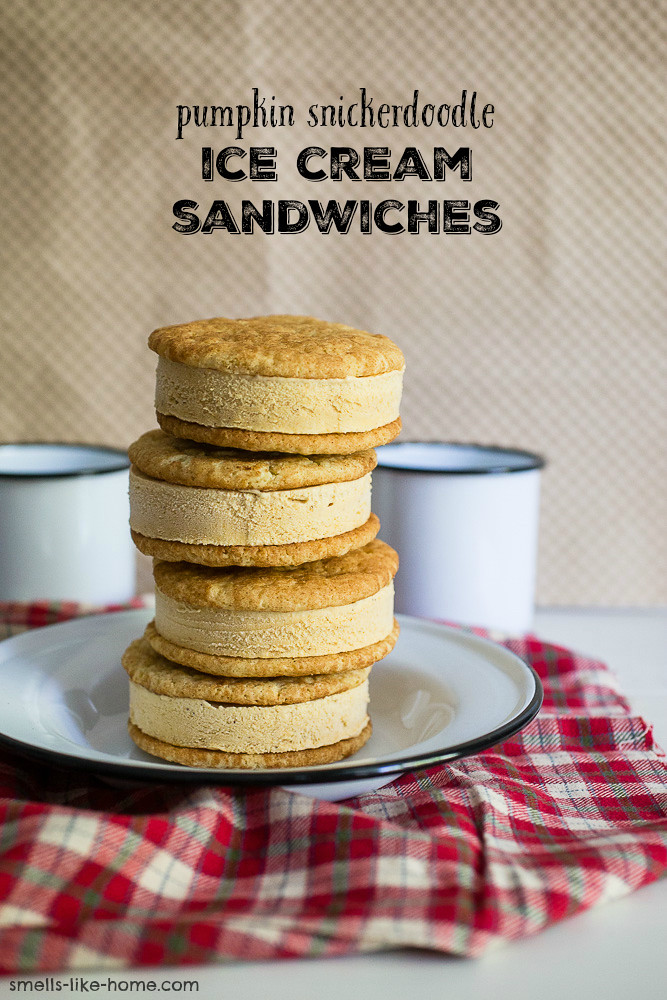 For assembly:
1 batch [pumpkin ice cream|http://www.smells-like-home.com/2015/10/pumpkin-salted-caramel-affogato/] (or 1 quart store-bought ice cream), spread onto a large rimmed baking sheet lined with parchment paper as soon as it’s removed from the ice cream maker (soften store-bought ice cream and spread it out in the same fashion)

This recipe was brought to you by Smells Like Home:
https://www.smells-like-home.com/2015/10/pumpkin-snickerdoodle-ice-cream-sandwiches/
< back print Toggle Image