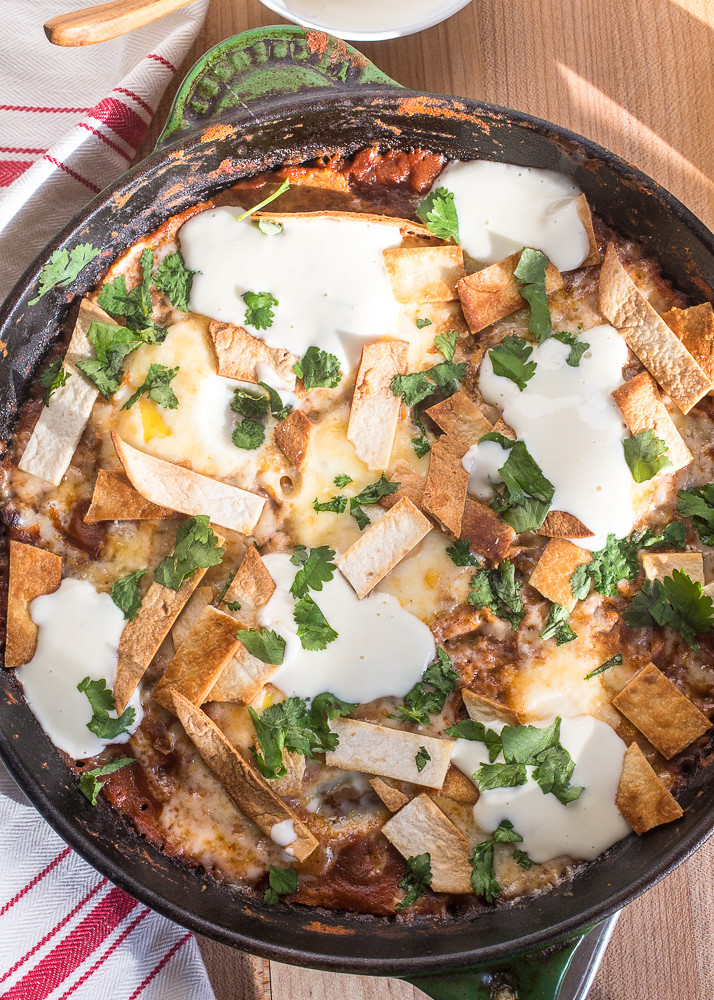 When you poach eggs in a ranchero-black bean sauce then melt jack cheese over the top and add crispy tortilla strips and lime sour cream, you’re just begging for brunch to happen. Make these baked ranchero eggs with blistered jack cheese this weekend and give yourself an excuse to stay in your jammies all day.

I often feel like I waffle (heh) between two phrases that sum up my food life:

And these baked ranchero eggs with blistered pepper jack cheese basically fit all of the above. After flipping by this recipe for years in one of my favorite cookbooks, we finally got down to making it for our New Year’s Day brunch. 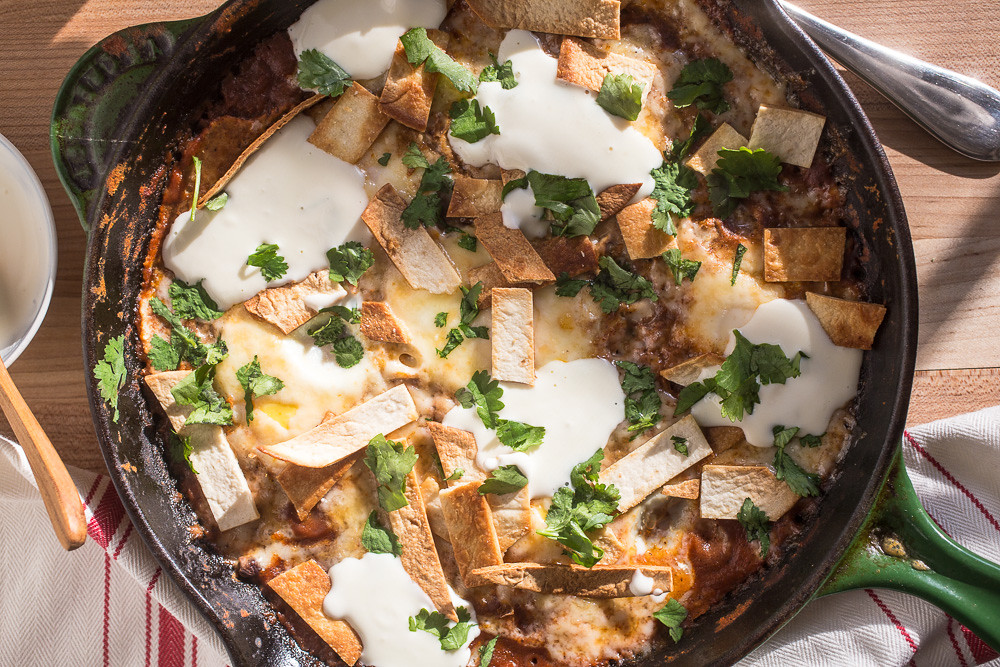 And truthfully, had I planned better, we would have been eating cinnamon rolls or egg casserole that morning but I digress.

I ended up having everything on hand for these baked ranchero eggs and we weren’t AT ALL disappointed by my lack of planning. Poached in a spicy black bean sauce similar to shakshuka, the eggs are topped with a mound of pepper jack cheese that you’ll broil to melty perfection.

Basically, this meal sits at the crossroads of the Tex-Mex- and breakfast-lover’s dreams and I couldn’t have misplanned our first meal of the new year any better! 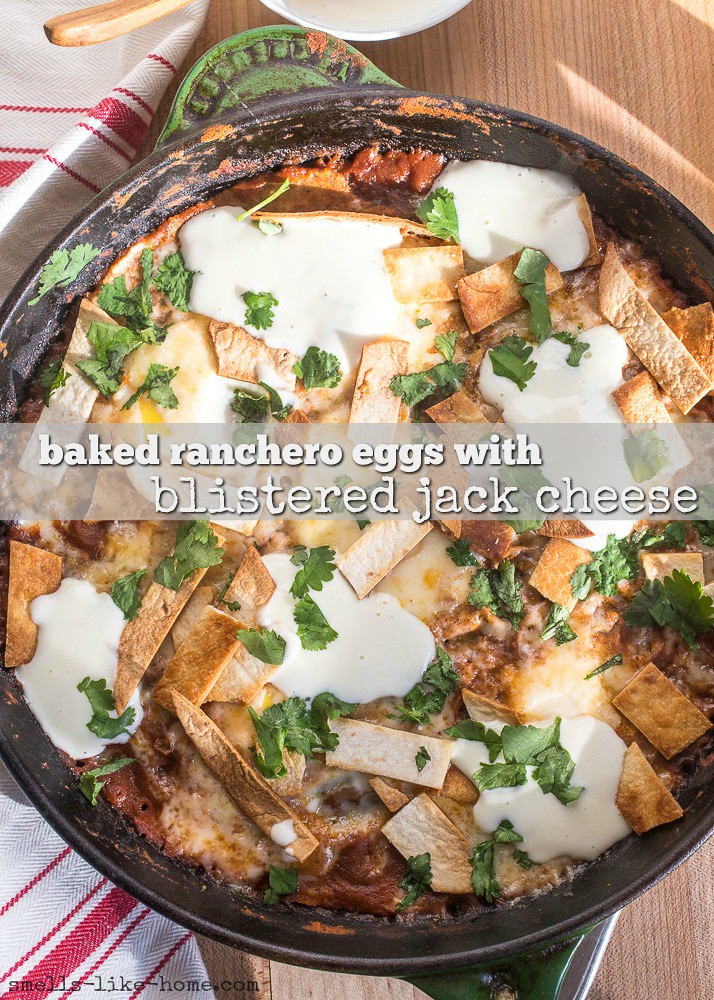 For the ranchero sauce:

For the crispy tortilla strips:

For the eggs, assembly, and serving:

I really did just pull a bunch of ingredients from my fridge and pantry for this recipe. Instead of canned black beans, I used about 1 cup of refried black beans we had leftover from our [brisket tacos|http://www.smells-like-home.com/2017/01/brisket-tacos/] night. I had 1 can of diced fire roasted tomatoes and about 1 cup of leftover whole peeled tomatoes in the fridge so into the blender they all went. Also to note, I halved the recipe and made 6 eggs in a 10-inch pan.

adapted from The Smitten Kitchen Cookbook by Deb Perelman

This recipe was brought to you by Smells Like Home:
https://www.smells-like-home.com/2017/01/baked-ranchero-eggs-with-blistered-jack-cheese/
< back print Toggle Image
Skip to Recipe