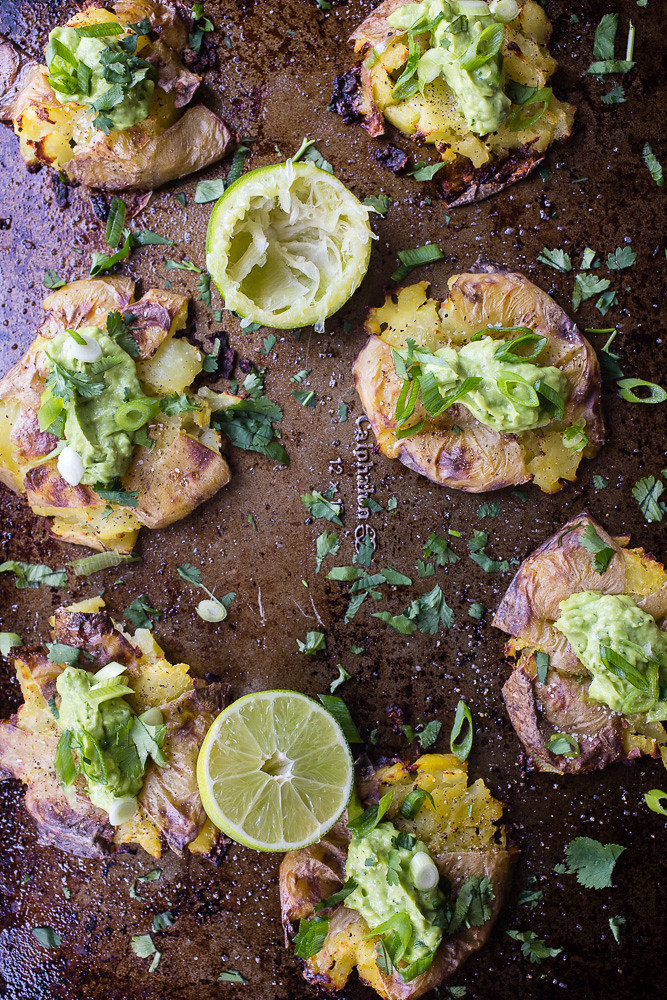 If you’ve never crashed potatoes before, hold on to your hats! These guacamole crashed potatoes are everything and this vegan and gluten-free appetizer will be an instant favorite for everyone!

A couple of years ago, Kyle and I took a foray into veganism. It was a fantastic time of eating super healthy and it forced us to be really creative in what we were cooking. When eating this way, it’s really easy to fall in a major salad rut and that’s just completely boring to me.

So these guacamole crashed potatoes were one of the recipes we made when we were in need of a fun snack. Some kind of nachos or a hot cheese dip are what we would normally turn to when we’re craving shameful appetizer-ish food but obviously, cheese doesn’t work with the vegan way. And because Kyle is allergic to nuts, including cashews, making cashew-based fake cheese sauce wasn’t an option for us. So we skipped the cheese and sour cream – insert the “I’m dying” emoji here – and completely fell for this guac version. 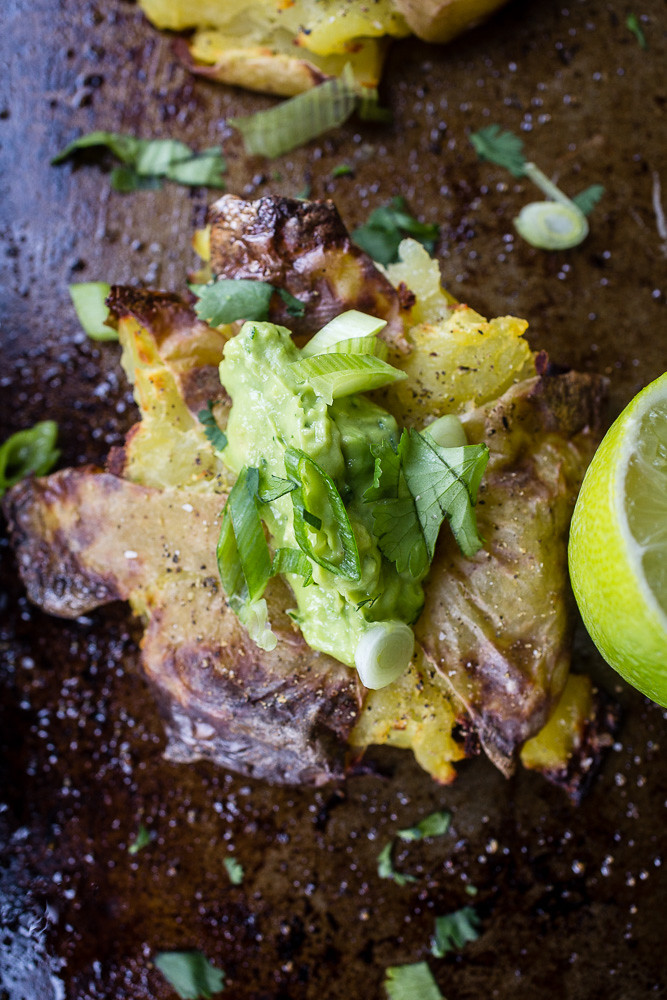 If you’ve never had a crashed potato, you’re in for a delightful surprise. You’ll boil a bunch of mini potatoes – we had buttery mini Yukons in the pantry – crash them down on a baking sheet, bake until crispy, and top with guacamole. They’re simple to make and are completely versatile (think potato skins) so if you want to make a “loaded” version, melt some shredded cheese under the broiler and add some sour cream and maybe bacon (!!) along with the gauc – I know for sure they would be amazing. We just about battled forks over the last of these potatoes so do yourself a favor and plan for a bunch extra for your crowd! 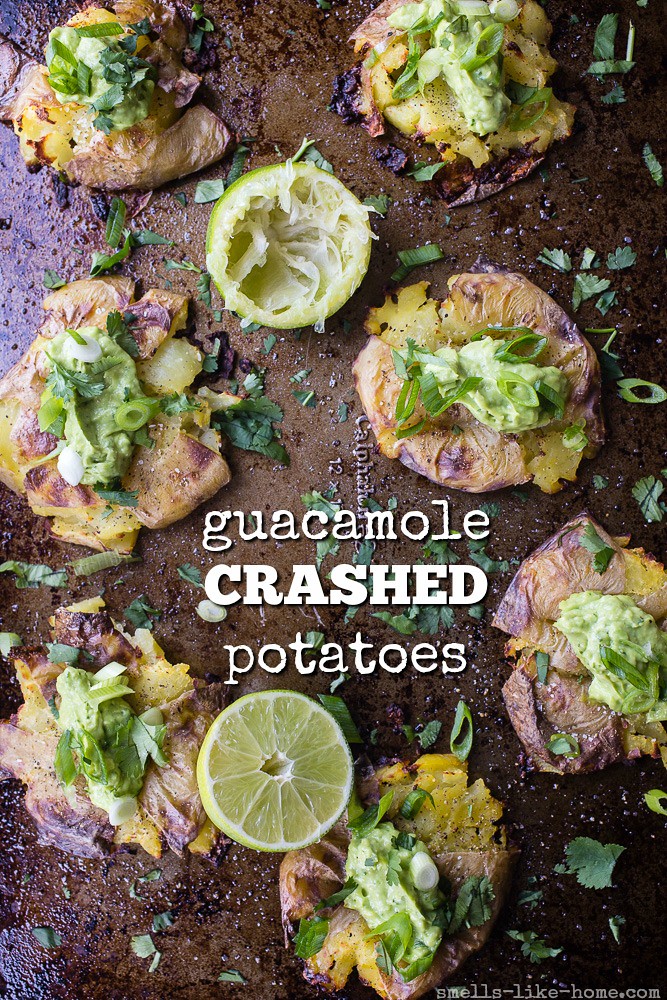 3.1
https://www.smells-like-home.com/2017/01/guacamole-crashed-potatoes/
Copyright Smells Like Home. Please provide a link to this recipe should you share your version online or in print.

This recipe was brought to you by Smells Like Home:
https://www.smells-like-home.com/2017/01/guacamole-crashed-potatoes/
< back print Toggle Image