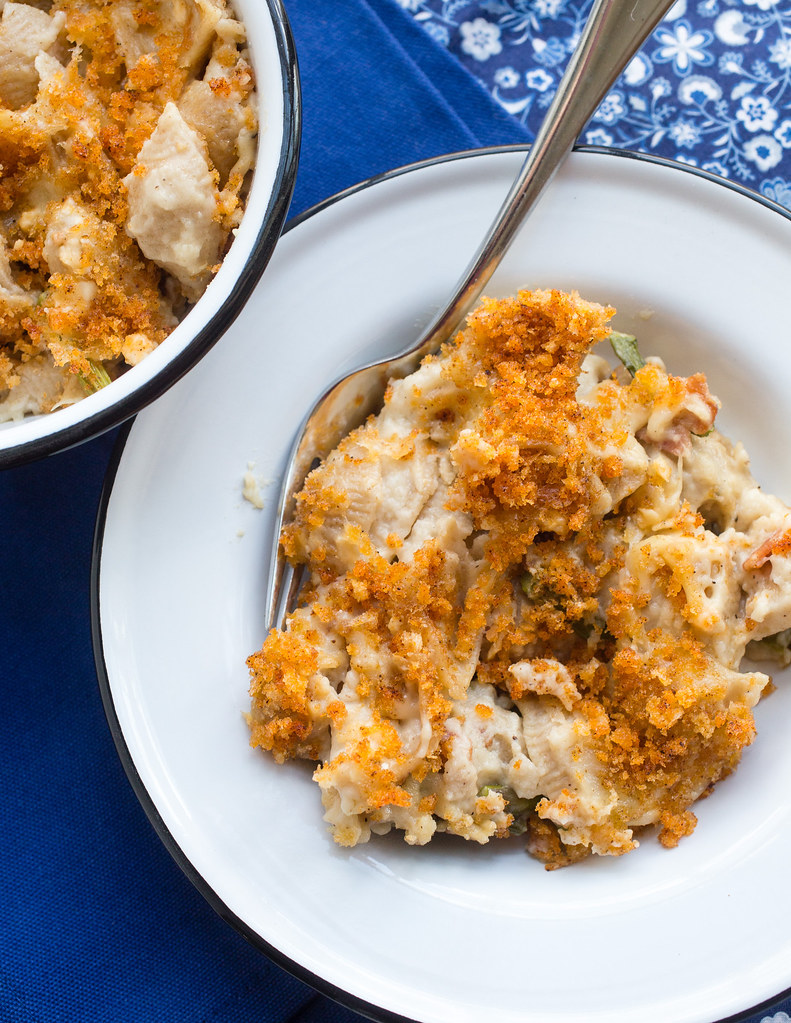 Bacon roasted asparagus havarti mac and cheese topped with smoked paprika panko is the only thing you need right now. Let that sink in for a sec.

Speaking of “mama,” have I told you yet that we’re pursuing adoption this year? YES. WE. ARE. !!!

After many years of dealing with infertility and a few more years of coming to terms with the idea that we’re OK with not having kids in our life, we decided in the fall to pursue adoption. 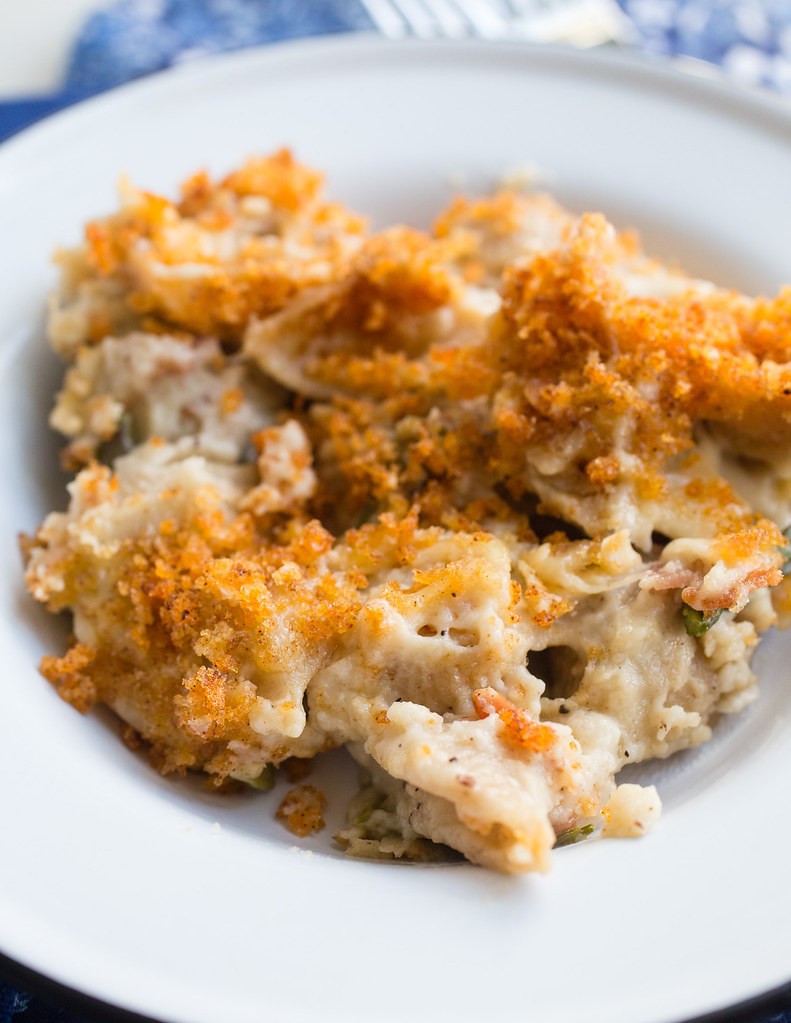 It’s been a whirlwind of a year, to say the least – losing a close friend last March, dad passing away in July, adopting a puppy in August, and Kyle quitting his full-time, very stable job at the end of January to pursue his own home renovation/building and electrical contracting business. Why not throw one other major life change into the mix?

I’ll share more in an upcoming post because there’s a lot to talk about and I really want to tell you about this bacon roasted asparagus havarti mac and cheese right now. Because you NEED this in your life. 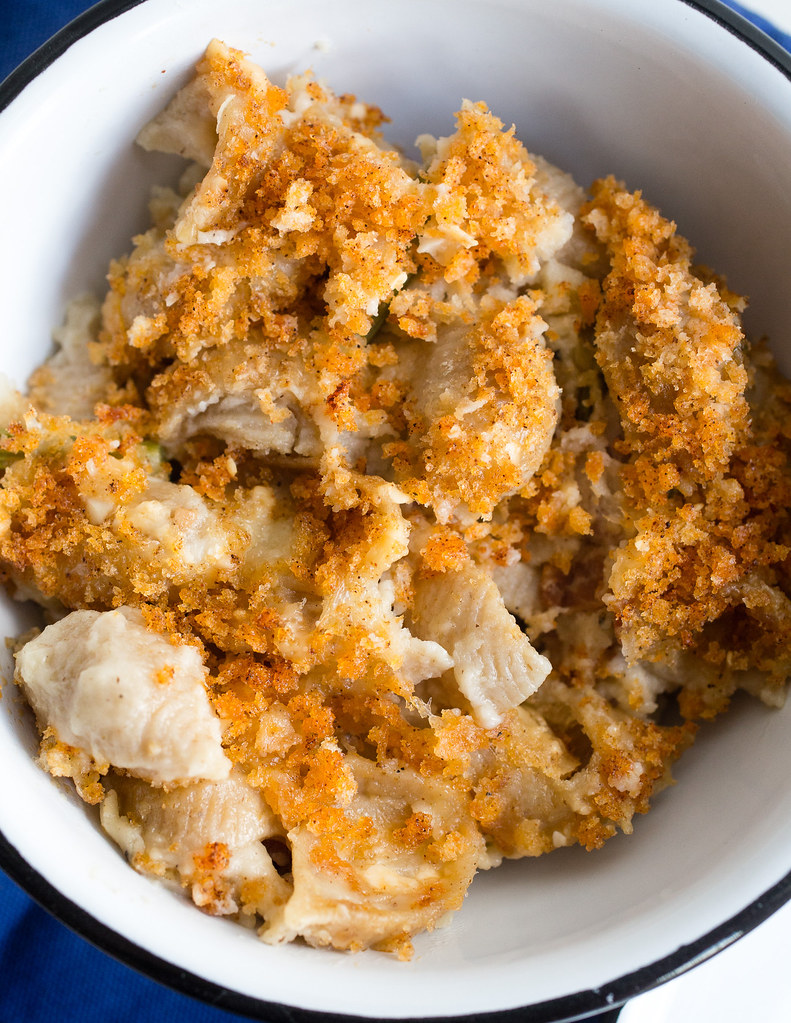 Inspired by one of Josie’s recent meals and this bacon fontina mac I made 4 years ago, as soon as this new version popped into my head on Friday night, I knew I had to make it right away. It is asparagus season, after all.

And really, is there ever a bad time for mac and cheese? I should think not. 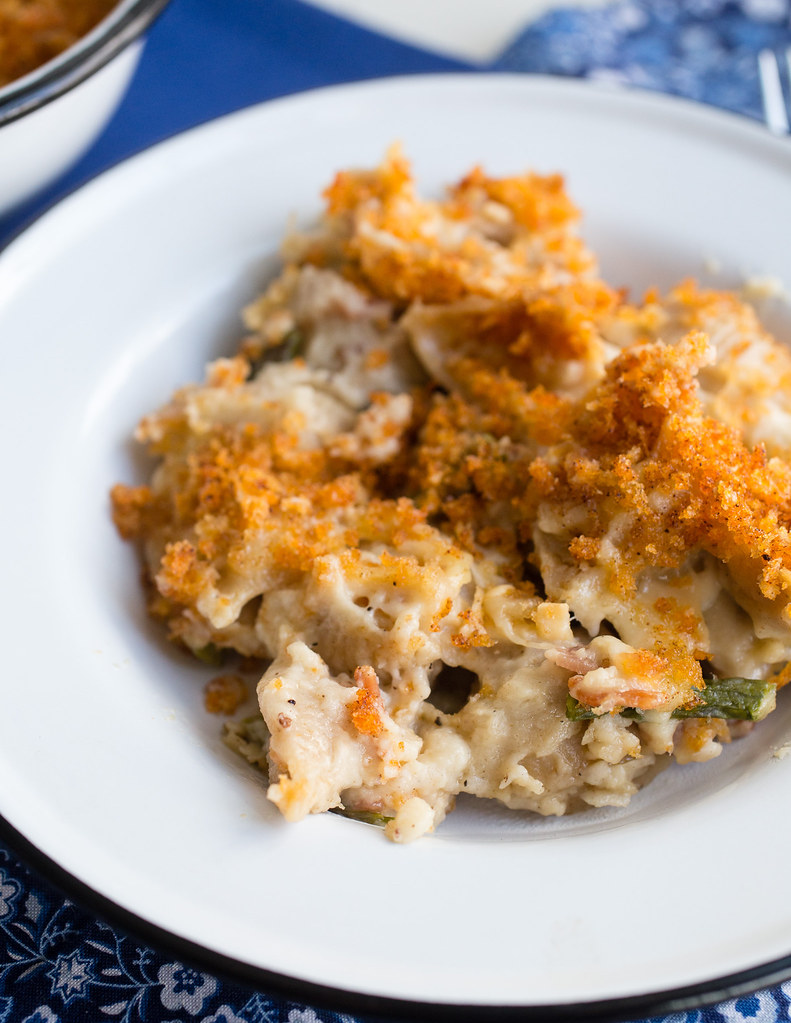 I tinkered over the stove on Saturday night, adding, stirring, tossing out measurements to Kyle as he jotted them down for me. Half. No, one. No, two teaspoons salt. Three and a half cups of milk. Nope, four! The sauce is too thick!!

While the bacon spit away in the Dutch oven – because, you know, bacon fat plus butter is a thing as a sauce base (I don’t know, is it?) – the asparagus roasted away in the oven. The pasta almost boiled over while I tweaked the cheese sauce for the eighth time but alas, no catastrophes! 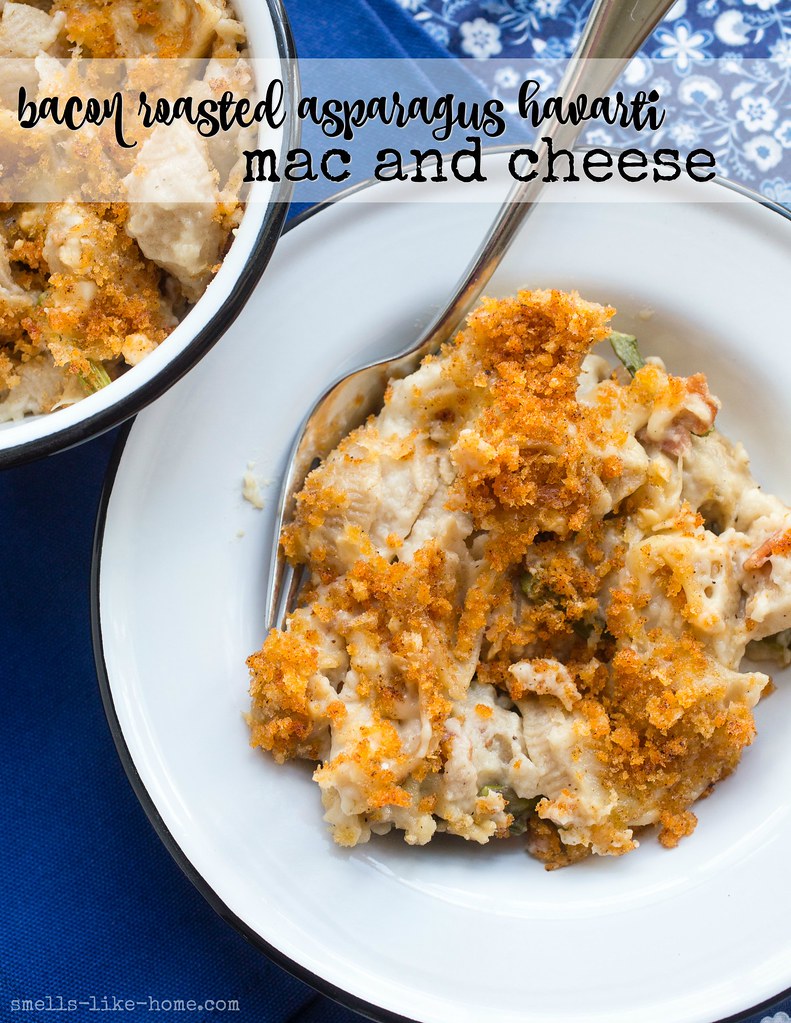 And this bacon roasted asparagus havarti mac and cheese? It was sooooo good. At the very last second before baking, I tossed some panko breadcrumbs in melted butter and some hot smoked paprika…and ta daaa!! The golden ticket!

The mac and cheese by itself is INSANE (much like our favorite Panera mac and cheese recipe!) – again, bacon fat and butter as the sauce base, crispy bacon mixed in, and ONE POUND of cheese – but the tiny addition of these fancified breadcrumbs completely made the dish. Put it over the top.

I’m so glad we wrote this recipe down because now I can push it on you every time I mention mac and cheese here in the future. You’re welcome.

I centered this recipe around havarti since I had a big block of it from Trader Joe’s and I love how smoothly it melts. I threw in the fontina and gouda since I had leftovers of each hanging around in my cheese drawer and though they weren’t necessarily added by design, they’re a damn good complement to the havarti. Use what you have if you aren’t planning another trip to the grocery store – cheddar, of course would be great but so would parmesan, any type of softer gouda (aged is semi-hard), muenster, provolone, etc.

This recipe was brought to you by Smells Like Home:
https://www.smells-like-home.com/2017/04/bacon-roasted-asparagus-havarti-mac-and-cheese/
< back print Toggle Image